Vitamin K2 (VK2) is an anti-proliferative agent toward a variety of cancer including hepatocellular carcinoma (HCC). Because the growth inhibitory effect of VK2 to HCC has not been established yet, we investigated it in HCC cells in vitro. VK2 inhibited growth of Hep3B, but not of HepG2, HLF, and Huh6. VK2 induced the cell cycle arrest at the G1 phase and involvement of apoptosis was suggested because the sub-G1 fraction appeared in flow cytometric analysis and nuclear condensation and fragmentation appeared after VK2 treatment. VK2 activated extracellular signal-regulated kinase (ERK)1/2 in a mitogen-activated ERK-regulating kinase (MEK)-dependent manner in Hep3B and Huh6, but not in HepG2 and HLF. When ERK1/2 was inhibited by U0126, apoptosis by VK2 in Hep3B, but not in Huh6, was significantly enhanced. However, Western blot analysis revealed that neither apoptosis induction by VK2 nor enhancement of apoptosis by U0126 was mediated by caspase activation. These data demonstrated that VK2 induced apoptosis and activated the MEK/ERK1/2 signaling pathway in a cell-type specific manner, and a MEK inhibitor could augment the cell death in these cells. 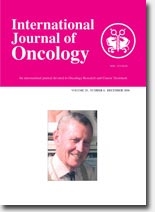