Cancer is one of the major public health burdens in the United States and in other developed countries, causing approximately 7 million deaths every year worldwide. Cancer rates vary dramatically in different regions and populations around the globe, especially between developing and developed nations. Changes in cancer prevalence patterns occur within regions as their populations age or become progressively urbanized. Migration has also contributed to such variations as changes in dietary habits influence cancer rates. These epidemiologic findings strongly suggest that cancer rates are influenced by environmental factors including diet, which is largely preventable. Approaches to prevent cancer include overlapping strategies viz. chemoprevention or dietary cancer prevention. Chemoprevention aims at prevention or reversal of the initiation phase of carcinogenesis or arrest at progression of carcinogenesis through the administration of naturally occurring constituents or pharmacological agents. Cancer prevention through diet may be largely achievable by increased consumption of fruits and vegetables. Considerable attention has been devoted to identifying plant-derived dietary agents which could be developed as promising chemopreventives. One such agent is apigenin. A naturally occurring plant flavone (4', 5, 7,-trihydroxyflavone) abundantly present in common fruits and vegetables including parsley, onions, oranges, tea, chamomile, wheat sprouts and some seasonings. Apigenin has been shown to possess remarkable anti-inflammatory, antioxidant and anti-carcinogenic properties. In the last few years, significant progress has been made in studying the biological effects of apigenin at cellular and molecular levels. This review examines the cancer chemopreventive effects of apigenin in an organ-specificity format, evaluating its limitations and its considerable potential for development as a cancer chemopreventive agent. 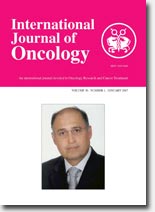