The urokinase-type plasminogen activator receptor (uPAR) has diverse biological functions including roles in proteolysis, cell adhesion and cellular signaling. We identified a heat shock protein MRJ (DNAJB6) as a novel uPAR-interacting protein in a yeast two-hybrid screen and confirmed the interaction and co-localization by GST-pull down assays, and co-immunoprecipitation in cells transfected with MRJ. Endogenous interaction between uPAR and MRJ was also detected in breast cancer MDA-MB-231 cells. Deletion mapping demonstrated that the C-terminal region of MRJ is required to mediate its interaction with uPAR. To understand the biological function of the uPAR-MRJ complex, we determined whether MRJ regulated uPAR mediated adhesion to vitronectin in human embryonic kidney (HEK) 293 cells stably transfected with uPAR. After transfection with full length MRJ, there was a 50% increase in cell adhesion compared to the mock transfected control (p<0.01). This increase in adhesion is dependent on the uPAR/full length MRJ interaction as cells transfected with the mutant construct containing only N-terminal region or C-terminal region of MRJ had no increase in cell adhesion. The observed increase in adhesion to vitronectin by MRJ was also blocked by an anti-uPAR domain I antibody suggesting that the induced adhesion is at least in part contributed by uPAR on the cell surface. These data provide a novel mechanism by which uPAR plays a role in cell adhesion to vitronectin. 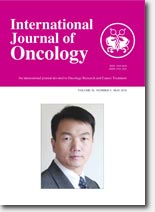