Hedyotis Diffusa Willd has been used as a major component in several Chinese medicine formulations for the clinical treatment of colorectal cancer. However, the molecular mechanism of the anti-cancer activity of Hedyotis Diffusa Willd remains unclear. In the present study, we investigated the cellular effects of the ethanol extract of Hedyotis Diffusa Willd (EEHDW) in the HT-29 human colon carcinoma cell line. We found that EEHDW inhibited the growth of HT-29 cells demonstrating EEHDW-induced cell morphological changes and reduced cell viability in a dose- and time-dependent manner. Furthermore, we observed that EEHDW treatment resulted in DNA fragmentation, loss of plasma membrane asymmetry, collapse of mitochondrial membrane potential, activation of caspase-9 and caspase-3, and increase of the ratio of pro-apoptotic Bax to anti-apoptotic Bcl-2, suggesting that the HT-29 cell growth inhibitory activity of EEHDW was due to mitochondrion-mediated apoptosis, which may partly explain the anti-cancer activity of Hedyotis Diffusa Willd. 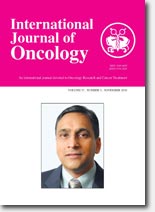