The preferential use of aerobic glycolysis for energy production by cancer cells, a phenomenon known as the ‘Warburg effect’, is well recognized and is being considered for therapeutic applications. However, whether inhibition of glycolysis will be effective in all types of cancer is unclear. The current study shows that a glycolytic inhibitor, 2-deoxy-D-glucose (2DG), exhibits the cytotoxic effect on non-small cell lung cancer in a p53-dependent manner. 2DG significantly inhibits ATP production in p53-deficient lung cancer cells (H358) but not in p53-wt cells (A549). In contrast to p53-wt cells, p53-defective cells are unable to compensate for their need of energy via oxidative phosphorylation (OXPHOS) when glycolysis is inhibited. In the presence of p53, increased ROS from OXPHOS increases the expression of p53 target genes known to modulate metabolism, including synthesis of cytochrome c oxidase 2 (SCO2) and TP53-induced glycolysis and apoptosis regulator (TIGAR). Importantly, 2DG selectively induces the expression of the antioxidant enzymes manganese superoxide dismutase (MnSOD) and glutathione peroxidase 1 (GPx1) in a p53-dependent manner. The results demonstrate that the killing of cancer cells by the inhibitor of glycolysis is more efficient in cancer cells without functional p53 and that p53 protects against metabolic stress by up-regulation of oxidative phosphorylation and modulation of antioxidants. 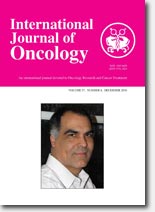