Ethylmalonic encephalopathy (EE) is an autosomally recessive inherited disorder with a relentlessly progressive decline in neurological function, usually fatal by the age of ten. It is characterised by generalised hypotonia, psychomotor regression, spastic tetraparesis, dystonia, seizures and, eventually, global neurological failure. Approximately 50 reports have been published worldwide describing this devastating disease, most involving patients of Mediterranean or Arab origin. The fundamental defect in EE likely involves the impairment of a mitochondrial sulphur dioxygenase coded by the ETHE1 gene responsible for the catabolism of sulphide, which subsequently accumulates to toxic levels. A diagnosis of EE should initiate careful genetic evaluation and counselling, particularly if the parents intend to have additional offspring. The present report describes the diagnosis of EE in a reproductive endocrinology context, where both members of a non-consanguineous couple were confirmed to be carriers of an identical A↷G mutation. This previously unknown mutation at nucleotide position c.494 resulted in an amino acid substitution, p.Asp165Gly. Although consideration was given to in vitro fertilisation, embryo biopsy and single gene pre-implantation genetic diagnosis, the couple decided to first utilise a less aggressive therapeutic approach with donor sperm insemination. Pregnancy with a low risk of EE was indeed achieved; however, the infant was affected with a different anomaly (hypoplastic left heart). As this case demonstrates, prior to the initiation of fertility therapy, genetic analysis may be used to provide a confirmatory diagnosis when EE is suspected. 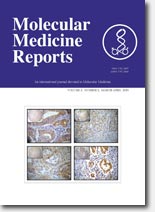