The frequency and severity of joint loading are important determinants for the development of joint destruction characterized by degeneration of articular cartilage. The excessive motion and exposure of load on the joints are known to clinically and experimentally cause articular cartilage injury (1–8). Thus, sports associated with repetitive impact and torsional loading on the joints increase the risk of articular cartilage degeneration, which results in the clinical symptoms of osteoarthritis (OA) (6,7). The disease process of OA involves degradation and functional loss of joint cartilage. Previous studies with experimental OA models have revealed that the early changes in the biochemical properties and metabolism of cartilage matrix may be detected prior to the appearance of radiological changes (3). Therefore, a number of biomarkers with greater reliability and sensitivity have been established for the early diagnosis or prognosis of OA (9–16). Furthermore, such biomarkers are used for evaluating the actions of disease-modifying drugs since they specifically reflect alterations in the metabolism of cartilage and associated tissues, including bone and synovium (15). In this context, C-terminal cross-linked telopeptides of type II collagen (CTX-II) and C-terminal propeptides of type II procollagen (CPII) have been used as cartilage-specific type II collagen degradation and synthesis markers, respectively (12–14). In addition, N-terminal telopeptides of bone-specific type I collagen (NTx) and bone alkaline phosphatase (BAP) have been used as markers of bone resorption and formation, respectively.

Among sports of various intensities and frequencies of joint loading, bicycle racing is associated with characteristic biomechanics (i.e., the relatively fixed body position) and low impact on the skeleton, which results in relatively low strain magnitudes and low osteogenic stimulus to the bones. In addition, bicycle racers with low bone mineral density (BMD) have been identified to be at risk of developing osteoporosis at a younger age, as these individuals experience bone loss due to the low mechanical loading nature of the sport. Thus, the effect of bicycle racing on the joints is largely evaluated using BMD and/or bone biomarkers rather than cartilage biomarkers (17–21).

Nutritional supplements, including glucosamine, chondroitin and collagen, are used for joint health to treat or prevent sports-related cartilage injuries (i.e., OA) in athletes (22–27). Among these, glucosamine, a naturally occurring amino monosaccharide, has been widely used to treat OA in humans (28–30). Glucosamine is present in the connective and cartilage tissues as a component of glycosaminoglycans (proteoglycans) and contributes to maintaining the strength, flexibility and elasticity of these tissues. Glucosamine inhibits degradation and stimulates synthesis of glycosaminoglycans, thereby exhibiting chondroprotective actions (27,31). In addition, glucosamine inhibits the expression of collagen-degrading enzymes, matrix metalloproteinases (MMPs), but augments the synthesis of type II collagen in chondrocytes (32,33). Therefore, glucosamine has been hypothesized to exert a chondroprotective action on cartilage injuries by retaining not only proteoglycans, but also type II collagen in the articular cartilage. Previously, we revealed that glucosamine administration reduced enhanced levels of CTX-II but retained CPII levels in soccer players, indicating that glucosamine exerts a chondroprotective action in athletes (soccer players) by preventing type II collagen degeneration but maintaining type II collagen synthesis (34). Based on these observations, we hypothesized that glucosamine administration may affect cartilage metabolism in bicycle racers. In the present study, the effects of glucosamine administration on cartilage and bone metabolism was investigated in bicycle racers, using cartilage- and bone-specific biomarkers, including CTX-II, CPII, NTx and BAP.

A total of 41 competitive bicycle racers belonging to the Japan Keirin School [Shizuoka, Japan; all males, aged between 19 and 22 years old (mean ± SD, 20.3±0.9)] were recruited. Individual heights and weights were measured to determine body mass index (BMI; Table I). The study protocol was approved by the local ethics committee (Juntendo University Shizuoka Hospital, Shizuoka, Japan) and was conducted in accordance with the Declaration of Helsinki and Ethical Guidelines for Epidemiological Research. Subjects provided written informed consent prior to participation in the study. All racers were living in dormitories with similar sleeping patterns and meal times. Subjects were actively training for competitive cycling during the study period over six sessions a week (Monday to Saturday) for 5 h/day. Participants did not exhibit symptoms of joint injuries, including pain, stiffness and disability and were not consuming medications likely to affect cartilage and bone metabolism during the study period.

Baseline data of subjects in the placebo and glucosamine groups.

To evaluate the effect of glucosamine administration on the biomarkers for cartilage and bone metabolism, individuals were orally administered glucosamine hydrochloride (500 mg/capsule; supplied by Koyo Chemical Co., Ltd., Tokyo, Japan) at doses of 1.5 g/day (1.5 g following supper) or 3 g/day (1.5 g following breakfast and 1.5 g following supper) or cornstarch (0.9 g/day) as a placebo for 3 months. Groups were classified and matched for age, height, weight and BMI. Serum and urine samples were collected prior to (at month 0) and following the glucosamine administration (at month 3).

To measure biomarkers of cartilage and bone metabolism, second morning void urine and fasting blood samples were obtained from all subjects. Urine and serum samples were collected following an overnight fast and stored in aliquots at −80°C until use. To evaluate cartilage metabolism, urinary CTX-II and serum CPII were measured. For evaluation of bone metabolism, urinary NTx and serum BAP were analyzed. An assay for CTX-II was performed using a Urine CartiLaps® ELISA kit (Immunodiagnostic System, Inc., Tyne and Wear, UK). CTX-II is cleaved by collagenases during degradation of type II collagen and is used as a type II collagen degradation marker (12). An assay for CPII was performed with a Procollagen type II C-propeptide ELISA kit (Ibex Pharmaceuticals, Inc., Mont-Royal, QC, Canada). CPII is cleaved from type II procollagen during processing of synthesized procollagen and is used as a type II collagen synthesis marker (14). NTx and BAP are used as bone resorption and formation markers, respectively. Urinary NTx, creatinine (Cr) and serum BAP were measured by BML, Inc. (Tokyo, Japan) based on the ELISA (NTx and BAP) and enzyme (Cr) assays. Concentrations of urinary CTX-II and NTx were corrected by Cr and expressed as ng/mmol Cr and nmol bone collagen equivalent (BCE)/mmol Cr, respectively. Concentrations of CPII and BAP were expressed as ng/ml and mg/l, respectively.

Tolerability and safety were assessed throughout the study on the basis of the incidence and severity of intervention-related adverse events (side-effects) as well as abnormal changes in blood pressure, pulse rate and laboratory tests, including hematology and biochemical profiles.

At present, it is hypothesized that the ratio of type II collagen degradation to synthesis is suitable for the prediction of the progression of joint damage in patients with knee OA (35,36). Based on this concept, the effect of glucosamine administration on the CTX-II/CPII ratio in bicycle racers was evaluated. The CTX-II/CPII ratio was decreased by 14 and 23% in the 1.5 and 3 g glucosamine/day groups, respectively but only by 4% in the placebo group. However, these changes were not identified to be statistically significant (Fig. 2).

The majority of athletes (>70%) are known to routinely utilize nutritional supplements, including glucosamine, chondroitin, collagen, vitamins, calcium and magnesium (22–27). In the present study, the effect of glucosamine, a chondroprotective agent for OA, on cartilage and bone metabolism was investigated in bicycle racers, using cartilage- and bone-specific biomarkers, including CTX-II, CPII, NTx and BAP.

In addition to the chondroprotective action, glucosamine is reported to have the potential to modulate bone metabolism. In this context, we previously identified that glucosamine induces osteoblastic but suppresses osteoclastic cell differentiation in mouse osteoblastic cells and therefore may increase bone matrix deposition and decrease bone resorption, eventually promoting bone formation (37). In addition, glucosamine administration was previously demonstrated to suppress reduction of bone mineral density in a rat experimental OA model (38). The present study indicated that glucosamine administration did not markedly affect NTx (type I collagen degradation) levels but significantly increased BAP (a bone formation marker) levels at 3 g/day (P<0.05), when analyzed by Friedman test. These results indicate that glucosamine may have a potential to modulate bone metabolism, particularly bone formation, in humans.

The actions of glucosamine on OA and knee injury in athletes have been largely investigated using a dose of 1.5 g/day in short-and long-term treatments without apparent adverse effects (27,30). Thus, glucosamine may be a safe and nontoxic agent. Consistent with this, the present study revealed that none of the physical measurement parameters (body weight and body mass index), physiological examinations (systolic/diastolic blood pressure and pulse rate) and laboratory tests (hematology and blood chemistry) were significantly changed, even at a dose of 3 g/day, following glucosamine administration. 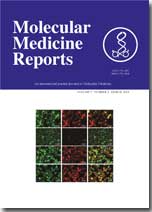