Giant cell tumor of bone (GCT) is a neoplasm characterized by the presence of large numbers of multinucleated osteoclast-like giant cells, together with mononuclear spindle-shaped cells. Although GCT can be considered a benign lesion, it may exhibit a high biological aggressiveness, which is often associated with enhanced osteolytic properties and development of lung metastasis. By selecting different groups of GCT patients, including patients without evidence of relapse after a median follow-up of 114 months and patients who recurred with lung metastasis, this study focused on the analysis of the expression at clinical onset and in the metastasis of a series of markers involved either in bone resorption modulation or in the metastatic process. By using immunohistochemistry, we analyzed the expression of interleukin-6 (IL-6), a cytokine stimulating bone resorption that has been demonstrated to be released by GCT cells. The expression of factors of the urokinase-type plasminogen activation system, including the urokinase-type plasminogen activator (u-PA) and the plasminogen activator inhibitor type 1 (PAI-1), which have been described to be frequently implicated in the process of degradation of the extracellular matrix during the metastatic process, were also analyzed. Finally, since the action of plasminogen activators is facilitated by the presence of specific receptors on cell surfaces, the analysis included also the u-PA receptor (u-PAR). Our results showed that all these proteins were variably either expressed or overexpressed both in primary tumors and lung metastasis. However, both the level of expression and the incidence of overexpression were higher in primary GCT that relapsed and in lung metastasis compared to primary tumors from disease-free patients, suggesting a possible association of these proteins with a higher biologic aggressiveness of GCT cells. The parallel analysis of a group of primary tumors and of their respective lung metastasis demonstrated that the enhanced expression of one or more of these proteins may confer a selective advantage to GCT cells in terms of systemic invasiveness. Therefore, the evaluation of the expression levels of these proteins at the time of diagnosis may be taken into consideration for a classification of GCT into categories characterized by a different risk to relapse. 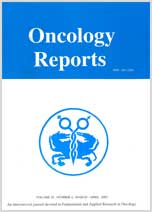