The World Health Organization (WHO) categorized large cell neuroendocrine carcinoma (LCNEC) as a variant of large cell carcinoma in 1999. However, cytologic features of these tumors have not yet been adequately characterized. The cytologic features of 24 cases of LCNEC were analyzed and compared to the features of 16 cases of classic large cell carcinoma (CLCC). Giant cells, neutrophils and cytophagocytosis were observed more frequently in CLCC than in LCNEC (p<0.05), whereas the unclear border of tumor cells was seen more frequently in LCNEC (p<0.05). The presence of nuclear atypia, such as anisokaryosis, nuclear budding, irregularity of nuclear margins, and multinucleation (having three or more nuclei), was observed less frequently in LCNEC. Characteristic arrangements of tumor cells, such as rosette formation, and palisading, were observed only in LCNEC cases. In morphometric studies, the nuclear areas, cytoplasmic areas, and nuclear rotundity ratios were significantly higher in CLCC cells than in LCNEC cells (p<0.05). However, N/C ratios were significantly higher in LCNEC than in CLCC. LCNEC cells have less nuclear atypia than CLCC cells, and have the characteristic arrangements of tumor cells, such as palisading and rosette. It is possible to preoperatively differentiate LCNEC from CLCC by careful cytologic characterization. 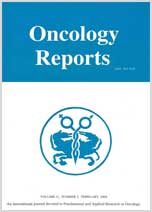