Ursolic acid (UA) is a pentacyclic triterpenoid compound which exists widely in nature and is known to have a pleitropic biological activity profile. For the last few decades, extensive work has been carried out to establish its biological activities and pharmacological actions. It is described as a promising chemopreventive agent with an antiproliferative effect on cancer cells that stems from its ability to induce apoptosis. We investigated and compared the role played by mitochondria during the apoptotic process induced by UA in human HaCaT-derived keratinotic cells and M4Beu human melanoma cells. In both cell lines, UA induced significant caspase-3 activation, the downstream central effector of apoptosis. Subsequent JC-1/TOTO-3 double staining clearly demonstrated that UA induces strong mitochondrial-transmembrane potential collapse in M4Beu cells, while mitochondria from HaCaT-treated cells remain largely unstimulated. This was confirmed by Western blot analysis, which revealed a Bax/Bcl-2-balance change in favor of Bax, the proapoptotic member, in UA-treated M4Beu cells. It can be concluded that UA induces apoptosis in M4Beu through the mitochondrial pathway, while other mechanisms are activated in the case of HaCaT cells. 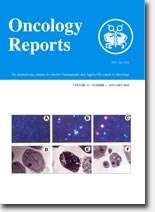