Resveratrol (3,4',5-trihydroxy-trans-stilbene; RV), an ingredient of wine, exhibits a broad spectrum of antiproliferative effects against human cancer cells. In order to enhance these effects, we modified the molecule by introducing additional methoxyl and hydroxyl groups. The resulting novel RV analogs, M5 (3,4',5-trimethoxy-trans-stilbene), M5A (3,3',4,5'-tetramethoxy-trans-stilbene) and M8 (3,3',4,4',5,5'-hexahydroxy-trans-stilbene) were investigated in HT29 human colon cancer cells. Cytotoxicity was evaluated by clonogenic assays and the induction of apoptosis was determined using a specific Hoechst/propidium iodide double staining method. Cell cycle distribution was evaluated by FACS. The influence of M8 on the concentration of deoxyribonucleoside triphosphates (dNTPs), the products of ribonucleotide reductase (RR), was determined by high-performance liquid chromatography. M5 and M5A caused a dose-dependent induction of apoptosis and led to remarkable changes of the cell cycle distribution. After treatment with M5, growth arrest occurred mainly in the G2-M phase, whereas incubation with M5A resulted in arrest in the G0-G1 phase of the cell cycle. Incubation of HT29 cells with M8 produced a significant imbalance of intracellular dNTP pools, being synonymous with the inhibition of RR activity. The dATP pools were abolished, whereas the dCTP and dTTP pools increased. Due to these promising results, the investigated RV analogs deserve further preclinical and in vivo testing. 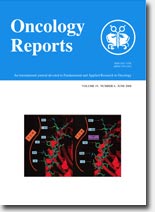