We registered 170 relapses in 1392 children with nephroblastoma in the SIOP/GPOH trials. The study aimed to evaluate prognostic factors for outcome in relapsed patients. Age, gender, initial stage, metastatic disease, local stage, histology, time to relapse and tumour volume were analysed for their prognostic relevance. Overall survival after relapse was 48% (median follow-up 5 years). Relapses were local in 28%, metastatic in 57% and combined in 15%. The median age of the cohort was 4.5 years whereas patients in complete continuous remission were significantly younger (3.1 years, p=0.001). Patients with initial stage I and II showed a significantly better prognosis than children with stage III (57 vs. 31%, p=0.008). Patients with high-risk tumours had a much poorer prognosis than those with intermediate and low-risk tumours (58 vs. 31%, p=0.003). Children with recurrence within 6 months after diagnosis had a poorer outcome than children relapsing later on (54 vs. 22%, p=0.0001). The tumour volume initially and after preoperative chemotherapy did not have any influence on outcome. Patients with isolated distant metastasis had a significantly better outcome than those with local and combined relapses (p=0.001). In conclusion, factors for poor prognosis after relapse are early relapse, local stage III, high-risk histology and combined relapse. 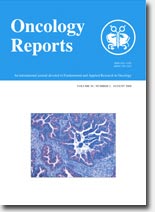