We used microarray-based comparative genomic hybridization to explore genome-wide profiles of chromosomal aberrations in 26 samples of head and neck cancers compared to their pair-wise normal controls. The samples were obtained from Sudanese (n=11) and Norwegian (n=15) patients. The findings were correlated with clinicopathological variables. We identified the amplification of 41 common chromosomal regions (harboring 149 candidate genes) and the deletion of 22 (28 candidate genes). Predominant chromosomal alterations that were observed included high-level amplification at 1q21 (harboring the S100A gene family) and 11q22 (including several MMP family members). Regions of copy number increase was also identified at 6p21 (p21), 7p12 (EGFR), 17p13 (p53) and 19p13.2 (p19INK4d), while regions showing deletion included among others 3p25.2 (RAF1) and 9p21 (p15, p16). We found genes from four common biological pathways (MAPK signaling, cytokine-cytokine receptor interaction, ECM-receptor interaction and Jak-STAT signaling) to be predominantly over-represented in areas of gain and loss. The current study provides valuable information on chromosomal aberrations likely to be involved in the pathogenesis of head and neck cancers. An increased copy number of the S100A and MMP gene family members, known to be involved in invasion and metastasis, may play an important role in the development of the tumors. Hierarchical clustering of the chromosomal alterations with clinicopathological parameters showed little correlation, suggesting an occurrence of gains/losses regardless of ethnic differences and clinicopathological status between the patients from the two countries. Our findings indicate the existence of common gene-specific amplifications/deletions in these tumors, regardless of the source of the samples or attributed carcinogenic risk factors. 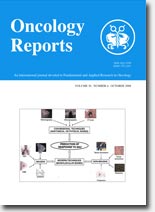