We investigated the effects of a water-soluble extract of Maitake (Grifola frondosa), a Japanese edible mushroom, on the proliferation and cell death of four human gastric cancer cell lines (TMK-1, MKN28, MKN45 and MKN74). The Maitake extract (ME) inhibited the proliferation of all four cell lines in a time-dependent manner. The inhibition was most pronounced in TMK-1 cells, which exhibited up to 90% inhibition after treatment with 10% ME for 3 days. Staining of ME-treated TMK-1 cells with Hoechst 33258 revealed increased numbers of nuclear condensations and apoptotic bodies. Induction of apoptosis was confirmed by fluorescence-activated cell sorting analyses. Western blot analyses of TMK-1 cells after ME treatment revealed increases in intracytoplasmic cytochrome c and cleavage of caspase-3 and poly(ADP-ribose) polymerase, but no expression of p21 or Bax. The caspase-3 protease activities in lysates of TMK-1 cells treated with 1% or 10% ME were about three times higher than those in control cells. The proliferation of TMK-1 cells was hardly affected by the caspase-3 inhibitor z-DEVD-fmk. Taken together, these results suggest that ME induces apoptosis of TMK-1 cells by caspase-3-dependent and -independent pathways, resulting in potential antitumor effects on gastric cancer. 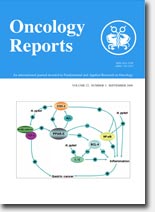