Synergy analysis of anticancer agents is an important approach to determining the ratio and/or dose of drugs for clinical combination therapy. However, this method is rarely used to evaluate the composition of traditional Chinese medicine formulation. ‘Yanhusuo San’ (YHSS), which consists of yanhusuo (Rhizoma Corydalis) and Ezhu (Rhizoma Curcumae), has been an archaic Chinese medicine prescription since the Song dynasty (960-1279 AD). We previously demonstrated that either yanhusuo or ezhu has strong anticancer effect. Herein, we sought to determine the possible synergic effect between these two Chinese herbs. We measured the IC50 of each herb extract and both extracts at different ratios of doses by MTT assay. Isobologram and combination index (CI) analyses were used to evaluate the synergistic effect of yanhusuo and ezhu in different fixed ratios. Our results indicated that a combination of two herbal extracts exhibits the strongest anticancer cell proliferation effect at the ratio of 3:2 (ezhu to yanhusuo; referred to as E3Y2). Using Boyden Chamber assay, flow cytometry, and fluorescence microscopy analysis, we found that E3Y2 could markedly reduce the cell invasion ability and induce cytochrome c release rather than single use, but E3Y2 could not influence the cell cycle distribution. When the levels of ERK1/2, p-ERK1/2 and p-Rb were determined by Western blot analysis, we found that the E3Y2 significantly suppresses the level of p-ERK. Thus, our studies provide a plausible molecular basis of the synergistic anti-tumor effect of ezhu and yanhusuo. 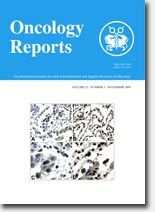