Radiotherapy is widely used in cancer treatment and biological studies. Multiple mechanisms induced by radiation, especially changes of the expression profile of genes, lead to the disruption of cellular homeostasis. MicroRNAs (miRNAs) are important post-transcriptional gene regulators and play an important role in response to cellular stress. Here we investigated the profiles of miRNA expression following exposure to radiation and the possible role of miRNAs in the modulation of radiosensitivity in the glioblastoma multiform U87MG cell line. MiRNA expression profiles revealed a limited set of miRNAs with altered expression in U87MG cells in response to radiation treatment. MiR-181a, a member of miR-181 family, was one of the down-regulated miRNAs, whose expression was further validated by qRT-PCR. The target mRNAs of radiation-responsive miRNAs were predicted with a target prediction tool. Transiently overexpressed miR-181a significantly sensitized malignant glioma cells to radiation treatment concurrent with the down-regulation of the protein Bcl-2 (B cell lymphoma/lewkmia-2). It indicates that miR-181a may modulate radiosensitivity by targeting Bcl-2 in human malignant glioma cells. These data suggest that radiation can affect miRNA expression, which regulates the cellular response, and miR-181a could be a target for enhancing the effect of radiation treatment on malignant glioma cells. 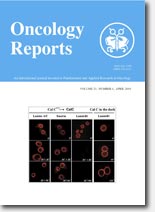