To explore the mechanism of apoptosis induced by cisplatin, the expression of microRNAs (miRNAs) and regulating genes in K562 cells was analyzed using reverse transcription PCR, quantitative real-time PCR and enzyme-linked immunosorbent assays. Our results showed that miR-16, miR-34a-c, miR-17-5p and miR-125 were up-regulated, and their associated oncogenes (BCL2, E2F1 and E2F3, respectively) were down-regulated after cisplatin treatment. We also showed that miR-106 and miR-150 were down-regulated while their target genes (RB1 and P53, respectively) were up-regulated after cisplatin treatment. Moreover, miR-16, miR-34a-c and miR-17-5p proved to be upstream factors, regulating the expression of BCL2, E2F1 and E2F3, respectively. The oncogene E2F3 was down-regulated when RB1 expression was increased after treatment with antisense oligonucleotides (ASO). Similarly, BCL2 and E2F3 were down-regulated when P53 expression was elevated by ASO treatment. The study demonstrated that cisplatin induces K562 cells to apoptosis by reducing miR-106 which up-regulates RB1 or by inhibiting miR-150 which increases P53 expression. 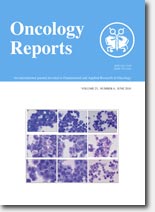