Functional gastrointestinal diseases (FGIDs) are syndromes in which no organic disease is evident, despite the presence of abdominal symptoms. A number of comorbidities exist, such as functional dyspepsia, functional constipation (FC), gastroesophageal reflux disease (GERD) and irritable bowel syndrome (IBS), with a multi-national study using an internet survey suggesting an extremely high incidence of 40.3% (1). FC is one of the most common digestive disorders, and its incidence seems to increase with advancing age (2). In Japan, an internet survey reported that 28.4% of respondents considered themselves to commonly be constipated (3). Chronic constipation greatly impairs the quality of life (QOL) of patients (4). Tanabe et al (5) reported that the QOL of patients was reduced in the constipation group, with the Bristol Stool Form Scale (BSFS) score being significantly lower than that of the control group, indicating harder stools in the former. In addition, IBS is a chronic functional disease characterized by abdominal pain, abnormal bowel movements and changes in stool shape; its economic loss due to an impaired QOL cannot be ignored (6). Therefore, measures with which to combat FGIDs have become an important issue.

Bile acids are strongly associated with the pathogenesis of FGIDs, and new mechanisms involving these have recently been reported in IBS, chronic diarrhea, and FC (7). In recent years, inhibitors of bile acid transporters (8,9) have been launched as new laxative agents, and the effects of bile on the intestinal tract have attracted considerable attention (10,11).

Blue laser imaging (BLI) has emerged as a novel system for image-enhanced endoscopy using laser light; bile presents with a reddish tone in narrow band imaging (12-14), improving its visibility. Linked color imaging also enhances color tone and improves visibility, although the contrast in the color tone of bile from that of the background mucosa is not noticeable. Thus, a difference in color tone is more apparent when BLI is used. The association between duodenal bile area and abdominal symptoms, fecal characteristics, and constipation remains unclear. Thus, the present study investigated the factors that affect bile area in the duodenal bulb using BLI.

The present study was a retrospective cross-sectional study conducted between April, 2017 and December, 2019 at a single-center university hospital (Juntendo Tokyo Koto Geriatric Medical Center, Tokyo, Japan) to explore the association between bile area in the duodenal bulb and abdominal symptoms. An EG-L590WR, EG-L600WR7 or EG-L600ZW7 (FUJIFILM Wako Pure Chemical Corporation) endoscope system, AdvanciaHD VP-4450HD or LASEREO7000 VP-7000 (FUJIFILM Wako Pure Chemical Corporation; Structure Emphasis: B6, Color Emphasis: C1) video processor, and LASEREO LL-4450 or LASEREO7000 LL-7000 (FUJIFILM Wako Pure Chemical Corporation) light source were used. Patients fasted for at least 12 h prior to the esophagogastroduodenoscopy (EGD), which was performed in the morning. Pre-treatment consisted of the oral administration of 80 ml of 2% dimethicone solution, diluted two-fold with water as an antifoam agent to remove mucus, and pharyngeal anesthesia with an 8% lidocaine pump spray. After examining the esophagus, the endoscope was inserted into the stomach; the duodenum was examined prior to examining the stomach. When the scope was inserted into the duodenum, a reddish tinted area of the bulb was defined as bile by BLI observation without a suction operation. Images were recorded close to duodenal bulb air insufflation. In addition, patients were excluded if bubbles, mucus and halation were not clearly observed in the duodenal bulb. For the quantitative analysis of bile, each BLI bile score was calculated as the percentage of bile area in a field of view of the duodenal bulb using a KS400 image analysis system (Carl Zeiss Imaging Solutions GmbH). The association with each factor, including fecal characteristics, and abdominal and constipation symptoms, was retrospectively examined using multiple regression analysis. Patients provided written informed consent before undergoing the EGD.

The BMI was calculated by dividing body weight by body height in m2 (kg/m2). A positive result in a 13C-urea breath test and/or the presence of specific serum antibodies was defined as positive for H. pylori infection. A negative result for H. pylori infection 4 to 8 weeks after the end of eradication therapy was defined as being successful. Daily use of any of the five types of PPIs/PCABs (rabeprazole, lansoprazole, omeprazole, esomeprazole or vonoprazan) for >8 weeks was regarded as indicating a PPI/PCAB user. Patients taking a normal dose of aspirin or a PPI/PCAB were regarded as users of such therapies.

Clinical characteristics of the patients in the study

A flow chart of the study participants is presented in Fig. 1. The clinical characteristics of the study participants are listed in Table I. The mean age of the participants was 69.9 years (range, 27-91 years). Of the 356 participants, 146 were male and 210 were female; the mean BMI was 23.0. Reflux esophagitis was found in 47.2% of the participants, according to the Prague C&M criteria (17), as follows: USBE (maximum extent <1 cm), 11.8%; SSBE (maximum extent ≥1 cm, circumferential extent <3 cm), 6.2% were predominantly present; and LSBE (circumferential extent ≥3 cm) was absent. In total, 79 participants were found to have H. pylori infection, and 212 patients negative for this infection and 65 post-eradication. Atrophic gastritis was present in 224 patients (closed, 100; open, 124) and absent in 132 patients. Of these, 105 patients were taking a PPI or PCAB. As for other oral medications, aspirin was used by 27 patients and UDCA was used by 18 patients. A total of 43 patients had GB stones and 18 patients had undergone a cholecystectomy.

Clinical characteristics of the patients in the present study (n=356).

The BLI bile score and the results of the symptom questionnaires are summarized in Table II. Representative endoscopic findings of the duodenal mucosa of bulbs, without or with bile, are illustrated in Figs. 2 and 3, respectively. The imaging results illustrating a large area of bile present in the duodenal bulb are presented in Fig. 4. The mean values of the BLI bile score and each symptom questionnaire score were as follows: BLI bile score, 7.10 (±14.34); CSS, 3.55 (±3.80); BSFS, 3.91 (±1.02); and FSSG, 4.80 (±5.76).

Correlation between the BLI bile score and various clinical parameters.

Association between the BLI bile score and other variables in multiple regression analysis.

To the best of our knowledge, no previous study has yet examined the association between duodenal bile area, fecal characteristics and constipation symptoms. The present study focused on the bile area in the duodenum (bile area was analyzed as a BLI bile score) using EGD and examined its association with background factors, abdominal symptom scores and fecal characteristic scores. If was found that independent predictors of the BLI bile score were cholecystectomy and a high BSFS score. To the best of our knowledge, the present study is the first to quantitatively analyze the bile area in the duodenal bulb using EGD and to demonstrate a positive association with fecal characteristics (soft) and after a cholecystectomy.

Bile has long been described as a factor affecting fecal characteristics and constipation symptoms. Bile acids, the main component of bile, are biosynthesized from cholesterol in the liver. The majority of these are reabsorbed from the intestinal tract and reused by the liver (21,22). The main roles of bile acids include the regulation of cholesterol in the body, and the digestion and absorption of lipids in the small intestine (23). In addition, bile acids that are not reabsorbed flow into the large intestine to promote gastrointestinal motility and water secretion in the lumen of the large intestine. Bile acids also increase sensitivity to rectal-stretching stimuli, which are said to promote bowel movements (24-26). Bile acid transporter inhibitors are drugs that utilize these effects (8,9). Furthermore, in individuals with IBS and constipation, bile acid synthesis is decreased on an empty stomach compared to healthy individuals (27). The administration of chenodeoxycholic acid increases the frequency of defecation and the BSFS score (28). However, a high level of bile acids is a contributing factor to diarrhea, which is predominant in IBS (29). If the amount of bile acids flowing into the large intestine is physiologically high, this may have an effect on fecal characteristics and constipation symptoms. This may be related to the results of the significantly higher value for the BSFS score in patients demonstrating a large area of bile (high BLI bile score) in the present study.

In addition to fecal characteristics, in the present study, a significant difference was also found with a history of cholecystectomy as a factor affecting bile area. A previous study reported an increased incidence of diarrhea following cholecystectomy (30). Post-cholecystecpctomy diarrhea (PCD) (31) is part of post-cholecystectomy syndrome (PCS), which is difficult to treat. It has been shown that ~12 to 35.6% of patients with PCS suffer from chronic diarrhea to varying degrees (32-36). The occurrence of PCD is considered to be related to changes in the bile flowing into the intestine following a cholecystectomy (37), and bile acid malabsorption is considered to be a contributing factor (38). It has also been suggested that in patients with dyspepsia who have undergone cholecystectomy, a marked increase occurs in duodenogastric bile reflux on an empty stomach and continued bile excretion from the common bile duct (39), inferring that these mechanisms increased bile volume into the duodenal bulb in such patients. Although Barrett's esophagus and upper abdominal symptoms were not associated with bile area in the present study, a causal association is unclear as bile reflux into the stomach was not assessed. No association between the BLI bile score and FSSG score has been found; however, chronic reflux of bile into the stomach and esophagus may induce symptoms (40-42); thus, further studies, such as the analysis of bile volume in the stomach and esophageal pH monitoring tests, are considered necessary.

While reports exist on the association between bile and fecal characteristics, and constipation and diarrhea symptoms after cholecystectomy, the application of endoscopy to the prediction and diagnosis of these remains undescribed. The findings of the present study suggest that bile area in the duodenal bulb reflects the pathophysiology of diarrhea and its observation in EGD is expected to lead to the development of a novel approach to the diagnosis and treatment of diarrhea.

However, the present study has several limitations. First, as the study was retrospective and had a single-center, hospital-based design, a causal association between bile area, and constipation and fecal characteristics could not be established. Second, the authors were not able to collect bile and analyze bile acids, bile volume, the amount of gastric juice and their various other components. In addition, the present study did not confirm the reproducibility of the BLI bile score in the same patients. The evaluation was performed only in the duodenal bulb and not in the descending part or deeper into the duodenum due to the difficulty in quantitatively analyzing the bile volume in these areas; the evaluation was performed only in the flat duodenal bulb. Additionally, the results of the present study should only be considered preliminary, since a relatively small cohort was used and the backgrounds of the participants were not extensively investigated, including smoking history, alcohol consumption, diet, exercise habits, work, marital status, education and the use of medications apart from PPIs, laxatives, aspirin and prokinetics. Therefore, the data obtained herein may not be generalizable to everyone in a population.

In conclusion, the present study, which was a hospital-based, cross-sectional study, found a positive association between bile area in the duodenal bulb and fecal characteristics. In the future, the examination and diagnosis of fecal characteristics may be aided by EGD. Such associations and their biological mechanisms require further investigation.

DAb, TT, DAs and AN designed the study. DAb, TT and DAs, the endoscopists in the present study, collected the data and performed the analyses. TI, RU, HUt, SO, NS, AI, NY, YA, KM, KU, Hue, MH and AN also collected the data and performed the analyses. DAb, TT, DAs and AN drafted the manuscript. YK, SNa, DAb and TT analyzed the imaging data. SNo assisted with the statistical analyses. All authors have read and approved the final manuscript. DAb and TT confirmed the authenticity of all the raw data. 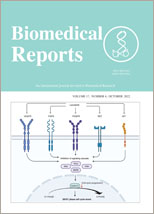