Lead acetate [(Pb(CH3COO)2] is a toxic white crystalline chemical compound made by treating lead(II) oxide with acetic acid. Lead acetate is used in the cosmetics industry as a ingredient of hair dyeing products. Lead is known to damage numerous organs in the human body, including the brain, liver and kidneys (1–3). One of the most common sources of exposure to lead is occupational exposure via inhalation and ingestion (4). Workers may inhale lead dust when sanding lead-coated surfaces or reclaiming lead from scrap metals. Certain workers also ingest lead accidentally during work when basic hygiene measures are not adhered to (4). Contaminated water and food are other routes of exposure to lead. Lead may be inhaled, ingested or absorbed through the skin. Lead has been shown to cause damage to bones, as well as the suppression of haemopoiesis. One study has shown that lead acetate causes thickening of bone, irregular bony spicules and mild osteoporotic changes (5). The same study also detected hypoplasia of bone marrow cells (5). Lead has been shown to cause damage by inducing oxidative stress. A study demonstrated that lead causes a high protein carbonyl content (PCC) which is indicative of oxidative damage and low antioxidant levels (6). Lead inhibits osteoclastic bone resorption and osteoblastic bone formation and may lead to early osteoporosis (7). Lead causes multiple types of damage to the bone and bone marrow and therefore it is important to identify a method of ameliorating this toxicity.

Carica papaya, the sole species in the genus Carica and family Caricaceae, is a fruit tree common to tropical countries. The fruits are sweet and juicy and the tree is hollow with large palmate leaves (8). Carica papaya leaves have been shown to have anti-inflammatory (9), antitumour and immunomodulatory effects (10) and antioxidant properties (11). Carica papaya leaves have been used traditionally to treat dengue as certain individuals who consume it exhibit healthy increases in platelet counts. Two studies have supported these findings. The first identified an increase in the thrombocyte count in mice following treatment with a papaya leaf suspension (12) and suggested that the extract helped the bone marrow produce more platelets. Another study on a dengue patient detected an increase in white blood cell and platelet counts following treatment with Carica papaya leaf extract (13). However, no studies have been performed to assess the stimulatory effect of Carica papaya in the bone marrow directly or to assess the haemopoiesis of cells. In the present study, with regard to the antioxidant properties and stimulatory haemopoietic effects of Carica papaya, the effects of lead acetate and Carica papaya in the bone marrow and haemopoiesis were investigated.

A total of 48 male albino rats (Sprague-Dawley strain) with body weights of 160–180 g and between 6 and 8 weeks old were obtained from the Animal Housing Facility (AHF) at The University of Malaysia. The rats were divided into eight groups (6 rats each) and each group (Table I) was housed in metal cages located in the AHF at the International Medical University. The rats were kept under normal laboratory conditions and acclimated for one week. The rats were given free access to water and fed with standard rat chow. The weights of the rats were recorded daily. All experimental procedures were in accordance with ethical guidelines for animal experimentation and the study protocol was approved by the Institute Research and Ethics Committee.

a With the exception of group 1 which is presented in ml/day.

At the end of the treatment period, the rats were sacrificed. The femurs were removed and one femur was preserved in 10% neutral buffered formalin. The contents of the other femur were flushed out using a 5 ml PBS solution. The homogenised contents of the femur were then centrifuged and the supernatant was stored at −80°C until the assays were performed.

The assays that were performed on the homogenised contents of the femur were the glutathione content (GC) and PCC assays.

For the histopathological analysis, the femur in the formalin solution was decalcified using a 10% EDTA solution for 2 weeks. The femur was then processed and sectioned into 5-μm sections using a microtome. The tissue that was made into slides was stained with haematoxylin and eosin (H&E) and a reticulum stain and observed under a microscope.

For the histopathological results, the findings were compared in each group. The findings were confirmed by two pathologists, CST and SC. Images were obtained as evidence. The results concerning the observation of haemopoietic cells, fat cells, extent of fibrosis, sclerosis and reticulum stain fibers were also summarised in the form of a table. The observations were compared and given a score of 0, +, ++ or +++, in increasing order of severity.

The controls showed healthy cortical bones with normal and adequate bony spicules. They also exhibited satisfactory haemopoiesis and no areas of fibrosis were observed. There were also normal amounts of reticulin fibres. In the lead acetate alone group, there was strong evidence of fibrosis and focal areas of sclerosis. Significant marrow hypoplasia was also detected. There were coarse reticulin fibres with minimal cells (Fig. 1). In the Carica papaya alone groups, there were healthy cortical bones with normal architecture, focal areas of mild hyperplasia and normal amounts of reticulin fibres. One of the distinct features identified was the mild increase in the levels of eosinophils and their precursors in the bone marrow. The lead exposure followed by Carica papaya groups showed abundant osteoid formation, along with hyperplasia of the marrow, pushing out the cortical bone (Fig. 2). The cortical bone was healthy and rimmed by active osteoblasts. There were also areas of fibrosis and sclerosis and an increased amount of reticulin fibres. The Carica papaya followed by lead exposure groups showed evidence of bone marrow morphological changes which were suggestive of lead-induced damage with alternating areas of regenerative change. There were areas of alternative marrow hypoplasia and focal islands of hyperplasia of the haemopoietic components. Mild osteosclerosis and focal areas of fibrosis were observed as well as an increased amount of reticulin fibres (Table II).

Carica papaya was also observed to have a reversal effect on lead acetate-induced oxidative damage in the bone marrow since the post-treatment (lead acetate followed by Carica papaya) group showed significantly lower PCC and significantly higher GC than the lead acetate alone group (P<0.05). This is consistent with a study that detected the antioxidant properties of Carica papaya leaves (11). Statistical analysis showing a significant difference further supported the results.

Histopathological analysis was performed to study the morphological damage and reversal of any changes in the experimental groups. It was observed that in the lead alone group there was extensive damage to the bone and bone marrow, with fibrosis, sclerosis, hypoplasia and loss of marrow space. This observation was similar to that of a previous study where the lead acetate-induced group exhibited thickening of bone, irregular bony spicules and mild osteoporotic changes (5).

The Carica papaya alone groups were very similar to the control group and did not show any morphological changes in terms of damage. The higher dose of Carica papaya exhibited improved cellularity but this was statistically insignificant compared with the lower dose (Carica papaya 50 mg); both doses showed adequate cellularity and healthy marrow. There was also mild hyperplasia in the 2 groups which was more prominent for the 200 mg dose. This suggests that Carica papaya alone has a stimulatory effect on the haemopoiesis of cells in the bone marrow.

The post-treatment (lead acetate followed by Carica papaya) groups exhibited areas of damage induced by lead mixed with regenerative areas having good marrow cellularity. There were zones of fibrosis intermingled with zones of hyperplastic marrow tissue. This suggests that Carica papaya has a reversal effect on the lead acetate-induced effects in the bone marrow, as well as a stimulatory effect on the haemopoiesis of cells in the bone marrow.

The pre-treatment (Carica papaya followed by lead acetate) groups also showed good cellularity with focal areas of damage observed as mild to moderate fibrosis. These groups showed areas of marrow hypoplasia intermingled with areas of hyperplasia of the bone marrow. This suggests that Carica papaya has a protective effect on the lead acetate-induced effects in the bone marrow and also a stimulatory effect on the haemopoiesis of cells in the bone marrow. The findings for each group were supported by reticulum staining.

Of note was the presence of zones of hyperplasia in the Carica papaya alone, pre-treatment and post-treatment groups which suggested that Carica papaya had a stimulatory effect on the haemopoiesis of cells.

Also observed was an increase in the levels of all blood cell precursors, particularly the megakaryocytes and the myeloblast series, in all pre treatment and post treatment groups (groups 5, 6, 7 and 8). Certain areas contained giant megakaryocytes and there was an increase in eosinophils. Increased proliferation of blood vessels was also observed which may have contributed to the hyperplasia of the bone marrow cells. The study was a double-blind experiment whereby the slides were selected at random and observed by two researchers.

Studies concerning the effect of Carica papaya on the lead acetate-induced changes to bone marrow are lacking. However, a study by Sathasivam et al demonstrated an increase in thrombocyte count of mice following the administration of a papaya leaf suspension which may be consistent with the present observation of an increase in the megakaryocyte count which may lead to an increased thrombocyte count (12). This observation also agrees with the finding of Sathasivam et al that platelet counts 72 h after dosing were significantly higher, indicating an increase in white blood cells and platelets which normalise clotting and repair the liver (12). This is consistent with the present findings of a notable increase in white blood cells precursors (myeloblast series) and increase in the megakaryocyte count for platelet production in all groups treated with Carica papaya.

A study on a dengue patient revealed increased white blood cell and platelet counts following treatment with Carica papaya leaf extract (13). This also agrees with the present findings of increased levels of white blood cell precursors (myeloblast series) and megakaryocytes in all groups treated with Carica papaya. These findings suggest that Carica papaya may protect against and reverse the lead acetate-induced effects on the bone marrow, such as marrow hypoplasia, and stimulate haemopoiesis of the cells, particularly the myeloblasts and megarkaryocytes.

The study was performed with a research grant [no. BMSI01-2011 (07)] provided by the International Medical University, Kuala Lumpur, Malaysia. 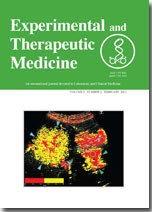