Diffuse large B-cell lymphoma (DLBCL) is defined by the World Health Organization (WHO) classification as a heterogeneous entity, encompassing morphologic and genetic variants with variable clinical presentations and outcomes, while constituting the most common type of non-Hodgkin’s lymphoma (NHL) in adults. More than one-third of the world’s population has been infected with the hepatitis B virus (HBV), with the vast majority living in developing regions (1–3). China is a highly endemic HBV area with ∼170 million carriers (4) and previous studies have revealed a high prevalence of HBV infections in NHLs, particularly in DLBCLs (5,6). Several studies have suggested that HBV may even act as an etiological factor for NHL (5,7). However, few studies have focused on the prognosis of hepatitis B surface antigen (HBsAg)-positive DLBCL patients, and the clinical features, prognostic factors and the efficacy of rituximab treatment remain unclear, with no relevant studies comparing the risks and benefits of rituximab application in HBsAg-positive DLBCL patients. Thus, we performed this retrospective study to focus on HBsAg-positive DLBCL patients.

HBV-carrying DLBCL patients are at a higher risk of reactivating hepatitis B with reactivation rates of 20–50% (8) and related mortality rates of 10–40% (9), when receiving cytotoxic chemotherapies, which may be associated with the immunosuppressive effects of the treatments (10). There is a broad range of clinical manifestations of HBV infections, ranging from asymptomatic self-limiting anicteric hepatitis to potentially fatal, severe, progressive liver failure, while two different clinical scenarios contribute to HBV reactivation. Firstly, viral reactivation occurs in patients who suffer from a chronic HBV infection (HBsAg-positive), in whom the diagnosis of HBV reactivation is based on detectable serum HBV-DNA loads in the presence of biochemical or clinical evidence of hepatitis. In the second scenario, viral reactivation occurs in patients who have resolved a HBV infection as shown by the clearance of circulating HBsAg and appearance of antibodies to hepatitis B core antigens (HBcAg) with or without antibodies to HBsAg. In these patients, a low level of HBV replication has been shown to persist in the liver and in peripheral-blood mononuclear cells for decades (11,12). HBV reactivation with the reappearance of HBsAg (HBsAg seroreversion) has been reported following transplantation and immunosuppressive therapy, as well as allogeneic and autologous hematopoietic stem-cell transplantations (13–15).

The cyclophosphamide, doxorubicin, vincristine, and prednisone (CHOP) regimen was once the classical frontline treatment for DLBCL; however, the development of monoclonal antibodies has led to further improvement of DLBCL treatment outcomes. Currently, patients with DLBCL are medicated with an additional immunochemotherapy, usually the rituximab plus CHOP (RCHOP) regimen. Rituximab is a chimeric mouse human monoclonal antibody against CD20+, which is an antigen expressed in the majority of B lymphocytes, including malignant lymphomatous B cells and normal B lymphocytes. The incorporation of rituximab into standard chemotherapies has been shown to improve the clinical outcomes of CD20+ DLBCL (16,17). However, rituximab, when used alone or in combination with chemotherapies, has been associated with HBV reactivation in patients with DLBCL (18,19). Lamivudine (a reverse-transcriptase inhibitor of the HBV-DNA polymerase) prophylaxis has demonstrated excellent efficacy in the prevention of HBV reactivation for HBsAg-positive patients with DLBCL undergoing conventional chemotherapy, with an excellent safety and tolerability profile (20).

In this retrospective study, we compared the clinical features of DLBCL patients with or without HBV infections and evaluated the potential prognostic factors in HBsAg-positive DLBCL patients. We also compared the treatment outcomes and HBV reactivation rates of patients who received CHOP or RCHOP regimens.

We reviewed 536 consecutive newly diagnosed patients with DLBCL who were hospitalized in the First and Second Affiliated Hospitals of the Medical School of Zhejiang University between January 2006 and April 2011. All diagnoses were confirmed by histopathological staining with hematoxylin and eosin (H&E), as well as determination of the immunophenotypes according to the WHO classification. Complete clinical profiles were obtained from 451 patients who received chemotherapy and completed the follow-up. Clinical staging and diagnostic methods included clinical history and physical examinations, chest, abdominal and pelvic computed tomography (CT) scans, digital full-body color Doppler ultrasound diagnosis, marrow aspirate and biopsy, as well as serum lactate dehydrogenase (LDH) and serum β2-microglobulin (β2-M) level measurements (21). Enzyme-linked immunosorbent assays (ELISA) were used to detect HBsAg, hepatitis B surface antibodies (HBsAb), hepatitis B e antigens (HBeAg), hepatitis B e antibodies (HBeAb) and hepatitis B core antibodies (HBcAb).

Routine liver function tests included determinations of alanine aminotransferase (ALT), aspartate aminotransferase (AST), galactosylhydroxylysyl glucosyltransferase (GGT) and bilirubin (direct and indirect forms) levels. These assays were first performed within one week prior to the start of each chemotherapy cycle.

The HBV-DNA loads of all 96 HBsAg-positive patients were determined and an HBV-DNA load >103 cps/ml, which is the upper normal limit in the First Affiliated Hospital of Medical School of Zhejiang University, was regarded as an elevated value. The research was approved by the ethics committee of The First Affiliated Hospital of the Medical School of Zhejiang University and informed consent was obtained from all participants.

Of the 451 patients, for economical reasons, 156 patients were treated only with a CHOP regimen (median number of courses, 6; range, 4–8) and 295 cases were treated with an RCHOP regimen (median number of courses, 6; range, 4–8). Lamivudine prophylaxis was prescribed for all HBsAg-positive patients prior to chemotherapy. Once patients presented an abnormal liver function, they were treated with hepatinica (diammonium glycyrrhizinate, compound glycyrrhizin, reduced glutathione, or polyene phosphatidylcholine) and all chemotherapies were restarted only in cases where the liver function had recovered.

Significant differences in the baseline clinical parameters and treatment characteristics between the HBsAg-positive patients and HBsAg-negative patients were evaluated by either Chi-square test or Fisher’s exact test for categorical parameters. Overall survival (OS) rates and survival curves were calculated by the Kaplan-Meier method. The OS rate calculation was performed from the date of diagnosis to the date of mortality or the last follow-up. The multivariate analysis of outcome in terms of OS was performed by Cox regression, which included the variables that were significant in a univariate analysis. Two-tailed P-values <0.05 were considered to indicate a statistically significant difference. All statistical analyses were performed with the SPSS software for Windows v.19.0 (SPSS, Inc., Chicago, IL, USA).

Clinical characteristics and OS rates of HBsAg-positive and -negative patients

As previously mentioned, the prognosis of HBsAg-positive patients was poorer than that of HBsAg-negative patients. We further investigated whether prognosis was related to the level of HBV activity. We divided patients into two groups according to their HBV-DNA status. In the first group, the HBV-DNA load of the patients was constantly <103 cps/ml during chemo-therapy, while in the second subgroup the HBV-DNA load was >103 cps/ml at least once during chemotherapy; there were 59 and 31 patients in each group, respectively. The OS rate in the first group (71.2%) was significantly higher compared with that in the second subgroup (48.4%, P=0.037; Fig. 2).

For a prognosis evaluation, we used the Kaplan-Meier method to compare the OS rates between the CHOP and RCHOP groups and identified that the OS rate of the RCHOP group (79.6%) was higher compared with that of the CHOP group (43.9%; P<0.0010; Fig. 3).

Regarding HBV-reactivation, we did not identify any patient whose HBsAg status changed from negative to positive following chemotherapy. Therefore, we compared the HBV-DNA loads of the CHOP and RCHOP groups of HBsAg-positive DLBCL patients prior to and during chemotherapy.

During chemotherapy, there were 16 patients (39.0%) whose HBV-DNA level was >103 cps/ml in the CHOP group and 15 (30.6%) in the RCHOP group. Due to the anti-viral efficacy of lamivudine, the percentages of patients with HBV-DNA levels >103 cps/ml declined in the two groups when compared with their status before chemotherapy; however, there was no significant difference between the two groups (P=0.403; Table III). Therefore a combined lamivudine application did not bear a greater risk of CHOP-induced HBV reactivation.

We compared therapeutic efficacies and HBV reactivation rates between CHOP and RCHOP treatments in the present study. Regarding HBV-reactivation, we did not identify any patient whose HBsAg status changed from negative to positive following chemotherapy. We also compared the CHOP and RCHOP groups’ serum HBV-DNA values of HBsAg-positive DLBCL patients before and during chemotherapy and identified that there was no significant difference between the two groups (Table III), indicating that an RCHOP regimen did not bear a greater risk of HBV reactivation compared with a CHOP regimen when combined with a lamivudine anti-viral treatment. In addition, for HBsAg-positive DLBCL patients, the OS rate of patients receiving RCHOP was 79.6%, which is higher than than the 43.9% for patients receiving CHOP (P<0.001; Fig. 3), suggesting that HBsAg-positive DLBCL patients benefit from the additional rituximab application.

Since RCHOP has an advantage over CHOP on the OS rate and since the management of lamivudine with the RCHOP regime did not increase the risk of HBV reactivation, our study demonstrated that a RCHOP treatment was appropriate for HBsAg-positive patients and resulted in a better prognosis. 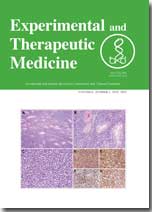