FGFRL1 is a novel member of the fibroblast growth factor receptor (FGFR) family. To investigate its expression during mammalian embryonic development, we have used the mouse system. Expression of Fgfrl1 is very low in mouse embryos of day 6 but steadily increases until birth. As demonstrated by in situ hybridization of 16-day-old embryos, the Fgfrl1 mRNA occurs in cartilaginous structures such as the primordia of bones and the permanent cartilage of the trachea, the ribs and the nose. In addition, some muscle types, including the muscles of the tongue and the diaphragm, express Fgfrl1 at relatively high level. In contrast, the heart and the skeletal muscles of the limbs, as well as many other organs (brain, lung, liver, kidney, gut) express Fgfrl1 only at basal level. It is conceivable that Fgfrl1 interacts with other Fgfrs, which are expressed in cartilage and muscle, to modulate FGF signaling. 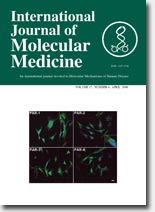