Proprotein convertase subtilisin/kexin 9 (PCSK9), a member of the protein-converting enzyme family, is highly expressed in adult hepatocytes and small intestinal enterocytes (1). PCSK9 is found to be related to autosomal dominant hypercholesterolemia (2,3). Recent studies have revealed that PCSK9 plays a unique role in the control of plasma low-density lipoprotein cholesterol (LDL-C) levels by regulating LDL receptor (LDLR) in the hepatocyte cell membrane (4–6). Thus, PCSK9 has emerged as a new target for the treatment of dyslipidemia (7,8). Certain studies have shown that PCSK9 may regulate neuronal apoptosis and affect the nervous system differentiation. These data support a novel role for PCSK9 in central nervous system (CNS) development, different from that in cholesterogenic organs (9). Therefore, PCSK9 may have biological activities beyond LDLR homeostasis. A recent in vivo study revealed that infection and inflammation stimulate PCSK9 expression (10). Lan et al (11) used microarray analysis to identify possible genome-wide gene expression and pathway alterations in HepG2 cells treated with wild-type or D374Y gain-of-function PCSK9 proteins. They identified novel pathways that are presumably regulated by PCSK9 and are independent of its effects on cholesterol uptake. These pathways are involved in protein ubiquitination, xenobiotic metabolism, cell cycle and inflammation and stress responses. Both the upregulation and downregulation of genes in the inflammation and stress response pathway were also observed in their study.

Atherosclerosis is a vascular disease, characterized by chronic inflammation of the arterial wall (12). Previous studies have proposed that the inflammatory response of macrophages induced by oxidized LDL (oxLDL) is a key event in the pathogenesis of atherosclerosis (13,14). Previously, we found that PCSK9 is involved in the apoptosis of human umbilical vein endothelial cells (HUVECs) induced by oxLDL (15). We also showed that PCSK9 is expressed in THP-1-derived macrophages and in New Zealand rabbit atherosclerotic lesion foam cells (16).

The effect of PCSK9 on the inflammatory response of macrophages induced by oxLDL remains unknown. The present study indicates that PCSK9 affects the biological effect induced by oxLDL in THP-1-derived macrophages. Therefore, we used THP-1-derived macrophages to examine the effect of oxLDL on PCSK9 expression. The role of PCSK9 in the oxLDL-induced inflammatory response of these macrophages was examined using small interfering RNA (siRNA) to knockdown PCSK9 expression.

THP-1 cells were purchased from the Cell Center of the Institute of Biochemistry and Cell Biology, Shanghai, China. Cells grown in a monolayer were maintained in RPMI-1640 medium containing 10% fetal bovine serum and 10 mM HEPES at 37°C in 5% CO2. The cells were induced to differentiate into macrophages by adding 160 nM phorbol 12-myristate 13-acetate and incubated for 24 h. Healthy human plasma was purchased from the Hengyang Blood Center. Native LDL was separated via ultracentrifugation, oxidized using 10 μM CuSO4, and then stored at 4°C. Agarose (0.5%) gel electrophoresis was used to verify the oxidation of the native LDL. THP-1-derived macrophages were incubated with various concentrations of oxLDL (10–80 μg/ml) under different time courses (6–24 h) to examine the expression levels of IL-1α, IL-6, TNF-α and PCSK9.

PCSK9 siRNA was designed based on the PCSK9 mRNA sequence (GenBank, no. NM_174936) and synthesized by Guangzhou Biotechnology Co., Guangzhou, China. Sequences of the PCSK9 siRNA sense and antisense strands are presented in Table I. The negative control siRNA was provided by the same company. The PCSK9 siRNA was diluted in Opti-MEM I and added to the culture medium at a final concentration of 20, 40 or 80 nM. The transfection of siRNA into THP-1-derived macrophages in suspension was conducted using Lipofectamine 2000 according to the manufacturer’s instructions (Invitrogen, Carlsbad, CA, USA). To select the most effective siRNA concentration, reverse transcription-polymerase chain reaction (RT-PCR) and western blot analysis were performed 24 h after transfection. The concentrations of PCSK9 siRNA for maximal effects were used to conduct the following experiments.

siRNAs and PCR primers used in this study.

Cells were plated in 6-well plates and treated as mentioned above. Culture supernatants were collected and stored at −20°C until analysis. The concentrations of IL-1α, IL-6 and TNF-α in the supernatants were measured using ELISA (DuoSet ELISA Development System; R&D Systems, Abingdon, UK) following the manufacturer’s instructions. The cytokine standards were used to generate standard curves. Quantitative determinations in 3 different experiments were performed.

Total RNA was extracted from the cells using TRIzol reagent in accordance with the manufacturer’s instructions. Specific PCR primers for human PCSK9, IL-1α, IL-6, and TNF-α are presented in Table I. RT-PCR products were analyzed via 1.2% agarose gel electrophoresis and a UVP gel image analysis system.

Total, cytoplasmic and nuclear protein were extracted from the cells using the Nuclear and Cytoplasmic Protein Extraction kit (Auragene Bioscience, Changsha, China) according to the manufacturer’s instructions. The protein concentration was determined using the bicinchoninic acid method. The samples were analyzed by western blot analysis using 10% sodium dodecyl sulfate-polyacrylamide gel electrophoresis, and then transferred to a polyvinylidene fluoride membrane. Subsequently, the membrane was blocked in TBST (20 mM Tris base pH 7.6, 150 mM NaCl, 0.1% Tween-20) containing 5% non-fat milk for 4 h at room temperature. Antibodies against PCSK9 (Cayman), IκBα and NF-κB (Bioword) were added to the blocking solution, and the membrane was incubated at 4°C overnight. After the overnight incubation, the membrane was washed 3 times with TBST for 30 min, and then incubated with the horseradish peroxidase-conjugated anti-rabbit immunoglobulin G antibodies (Zhongshan Golden Bridge Inc., Beijing, China) for an additional 50 min at room temperature. Finally, the membrane was washed 3 times with TBST for 30 min. Immunoreactivity was detected using enhanced chemiluminescence. Signal intensities were quantified via densitometry using Labwords analysis software.

Data are expressed as the means ± SEM. The results were analyzed using one-way analysis of variance (ANOVA), the Student’s t-test and SPSS 13.0 software. P<0.05 was considered to indicate a statistically significant difference.

THP-1-derived macrophages were transfected with various concentrations of siRNA (20, 40 and 80 nM) for 24 h. The total-RNAs and proteins were extracted. PCSK9 mRNA was detected by RT-PCR. The treatment with 80 nM PCSK9 siRNA significantly knocked down the expression of the PCSK9 gene (Fig. 3A). Western blot analysis showed that PCSK9 protein levels were reduced in PCSK9 siRNA-transfected cells when compared with cells transfected with the siRNA controls (P<0.05) (Fig. 3B). Therefore, 80 nM PCSK9 siRNA was used in the subsequent experiments.

NF-κB is a major transcription factor regulating the induction of various inflammatory mediators. To elucidate the molecular mechanism underlying the anti-inflammatory effects of PCSK9 siRNA in THP-1-derived macrophages, we further investigated the effect of PCSK9 siRNA on the NF-κB activity in THP-1-derived macrophages treated with or without oxLDL. Following cellular stimulation with oxLDL, IκB-α (a protein inhibiting the translocation of NF-κB into the nucleus) was degraded significantly in macrophages (Fig. 5A). The levels of NF-κB p65 protein in the nucleus were significantly increased in the cells treated with oxLDL (Fig. 5B). By contrast, PCSK9 siRNA partially suppressed the degradation of IκB-α and the nuclear translocation of NF-κB p65 (P<0.05) (Fig. 5).

PCSK9 is a secreted glycoprotein that regulates the degradation of LDLR. The function of PCSK9 is currently focused on lipid metabolism regulation (22–24). Gain-of-function PCSK9 mutations cause hypercholesterolemia and coronary heart disease (CHD) (25,26). Loss-of-function PCSK9 mutations decrease LDL levels and reduce CHD (27,28). As shown in a previous study, PCSK9-deficient mice exhibited impaired glucose tolerance and pancreatic islet abnormalities (29). Langhi et al (30) showed that PCSK9 does not alter insulin secretion, although PCSK9 is expressed in pancreatic δ cells. Previously, to our knowledge, we reported for the first time that oxLDL-induced HUVEC THP-1-derived macrophage apoptosis is effectively inhibited by PCSK9 siRNA via the Bcl/Bax-caspase-9-3 pathway (15). We also found that PCSK9 is expressed in THP-1-derived macrophages and New Zealand rabbit atherosclerotic lesion macrophages (16). PCSK9 is markedly induced by diverse inflammatory stimuli, such as lipopolysaccharide, zymosan and turpentine (10). PCSK9 may be a key regulator in lipid metabolism, inflammation, and atherosclerosis.

Subsequently, we investigated the role of PCSK9 in oxLDL-induced inflammatory response in THP-1-derived macrophages using RNA interference. In the present study, we used 3 siRNA concentrations (20, 40 and 80 nM) and found that the silencing effect was more potent with increasing concentrations of siRNA, as detected at both the mRNA and protein levels. The final siRNA concentration of 80 nM showed the most dramatic silencing effects. Therefore, we used 80 nM PCSK9 siRNA in all subsequent experiments. The cells were transfected with PCSK9 siRNA, cultured for 24 h, and then exposed to oxLDL for 24 h. The expression and secretion of inflammatory cytokines were determined. Compared to the cells incubated with oxLDL only, PCSK9 siRNA significantly suppressed the expression and secretion of IL-1α, IL-6 and TNF-α. These results further suggest that PCSK9 is involved in the regulation of the oxLDL-induced inflammatory response in THP-1-derived macrophages.

In conclusion, to our knowledge, the results of the present study strongly indicate for the first time that PCSK9 may be induced in THP-1-derived macrophages in response to oxLDL. We also demonstrate that PCSK9 siRNA suppresses the oxLDL-induced pro-inflammatory cytokine synthesis and secretion by inhibiting NF-κB translocation into the nucleus, which exhibits an anti-inflammatory role in macrophages. We believe that further clarifying the functional role of PCSK9 will hasten its application as a unique aid for atherosclerosis therapeutic targets. 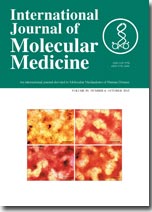