microRNA changes in the dorsal horn of the spinal cord of rats with chronic constriction injury: A TaqMan® Low Density Array study

Neuropathic pain is a condition that is refractory to analgesics and significantly decreases the quality of life. Elucidation of the mechanisms underlying neuropathic pain represents the first step in the discovery and selection of effective therapies for this condition. In recent years, the presence of non-coding RNA, termed microRNA (miRNA), consisting of approximately 20 bases has become a major focus of research. It is now known that miRNA binds to the 3′-untranslated region of its target mRNA. Binding of miRNA to a target that has partially complementary sequences inhibits mRNA translation, and binding to a target that has perfectly complementary mRNA contributes to the degradation of the mRNA (1–4). It has been reported that a large number of these small RNAs exist in the mammalian nervous system and that they play an important role in nerve generation and degeneration (5,6).

All experimental procedures were approved by the Institutional Committee on Laboratory Animals of Nippon Medical School (approval no. 22–162) and were performed under the guidelines of the International Association for the Study of Pain (11).

To assess pain thresholds, we performed the plantar test and the von Frey behavioral tests. The details of the test methods have been discussed in previous reports (12,14–16). Briefly, the plantar test (Ugo Basile, Comerio, Italy) was used to examine thermal hyperalgesia. Mechanical allodynia was measured using a set of von Frey filaments (Muromachi Kikai, Saitama, Japan) with bending forces ranging from 0.04 to 72.0 g.

Extirpation and preservation of samples

The rats were deeply anesthetized with sodium pentobarbital (50 mg/kg intraperitoneally) and the L4/5 spinal cords were dissected. The L4/5 spinal cords were washed twice with cold phosphate-buffered saline (PBS) and immediately divided into contralateral (non-ligated side or right side) and ipsilateral (ligated side or left side) samples, and stored in RNAlater solution (Applied Biosystems, Foster City, CA, USA). Each ipsilateral sample was further divided into ventral and dorsal samples and the dorsal spinal cords were stored at −20°C in RNAlater solution.

The miRNA expression profile of the L4/5 dorsal spinal cord of CCI rats was analyzed using TLDA Rodent MicroRNA Cards v.3 A and B (Applied Biosystems). We used the standard method that was evaluated in a previous study (10,17–19). Each card contains 375 preloaded rodent miRNA targets, all catalogued in the miRBase database, and three endogenous controls: Mamm U6, U87 and Y1. In this study, we used U87 as the endogenous normalizer. TLDAs were performed using a four-step process. The first step was the Megaplex RT Reaction in which 60 ng of total RNA per sample was reverse-transcribed using Megaplex RT primer Pool A and B, with up to 381 stem-looped primers per pool, and the TaqMan MicroRNA Reverse Transcription kit (Applied Biosystems). The next step was the preamplification reaction in which TaqMan PreAmp Master Mix, 2X and Megaplex PreAmp Primers (Applied Biosystems) were added to each complementary DNA (cDNA), and the reaction was performed. The preamplified product was diluted with 0.1X TE at pH8.0 (Wako, Tokyo, Japan). In the third step, each of the resulting cDNAs after the preamplification reaction were diluted with the TaqMan Universal PCR master mix (Applied Biosystems) and deionized distilled water (Wako), and were loaded into one of the eight fill ports on the TLDA microfluidic card. The card was centrifuged for 1 min at 331 × g to distribute samples to multiple wells connected to the fill ports and was then sealed to prevent well-to-well contamination. Finally, the cards were processed and analyzed using a 7900 HT Real Time PCR System (Applied Biosystems).

Real-time RT-PCR data analysis was performed using DataAssist software v2.0 (Applied Biosystems). The resulting data are shown as threshold cycle (Ct) values, where Ct represents a unitless value defined as the fractional cycle number at which the sample fluorescence signal passes a fixed threshold above baseline. The expression level was calculated using the comparative Ct (ΔΔCt) method and was further analyzed by comparing the fold change relative to basal levels in the Day 0 sample. The results of the TLDA analysis were converted into a graphic display as a heat map based on hierarchical clustering using DataAssist version 2.0. Distances between samples and assays were calculated for hierarchical clustering based on ΔCt values using Euclidean Distance.

For statistical analyses of behavioral data, we used a two-tailed t-test and an ANOVA followed by Tukey's test. To compare the gene expression levels of sham-operated rats (Day 7, n=6; Day 14, n=6) with TLDA dates in the L4/5 dorsal spinal cords of CCI rats (Day 7, n=6; Day 14, n=6) within the same group, ANOVA was used followed by Tukey's test. All statistical procedures were performed using KyPlot 5.0 (KyensLab, Inc., Tokyo, Japan). All values are expressed as the means ± standard deviation. A P-value <0.01 was considered to indicate statistically significant differences.

Compared with the values from sham-operated rats, the latencies of paw withdrawal thresholds in response to mechanical stimulation (Fig 2A) and paw withdrawal from thermal stimulation (Fig 2B) on the ligated ipsilateral side in CCI rats were significantly decreased at Day 1 after surgery. The hypersensitivity peaked at 7 days, and was then maintained at the same level until Day 13 after surgery (P<0.01) (Fig. 2).

[i] The table is presented based on P-value.

Next, we sought to identify the role of miRNA changes in this study by text mining using PubMed. In 111 miRNAs, there were 76 (68.5%) miRNAs analyzed in previous reports and 36 miRNAs (32.4%) played a role related to nerve development and maintenance (14 miRNAs), tumors of the nervous system (18 miRNAs), and neurodegenerative diseases (8 miRNAs). Four miRNAs overlapped. There were three miRNAs related to neuropathic pain; miR-500, −221 and −21 (20,21).

In the present study, we comprehensively analyzed the dorsal horn of the spinal cord, which is an important organ for synaptic plasticity, pain control and treatment of neuropathic pain, in the CCI rat model using TLDA with the onset and maintenance of hyperalgesia. Comparison between sham-operated and CCI rats in the same group revealed expression changes in several miRNAs, as hypothesized. This was particularly true for regulated miRNAs, anticipated to be associated with the mechanisms underlying neuropathic pain. In the pain field, many reports on miRNA expression have been published since Bai et al (22) reported miRNA expression following muscle pain (7–10,23). However, the available data do not clarify the role of miRNA expression in the dorsal horn of the spinal cord in neuropathic pain. In this study, it is suggested, for the first time, that the expression of many miRNAs is regulated, and that the number of changed miRNAs increases with the passage of time after ligation of the sciatic nerve in the dorsal horn of the spinal cord in the neuropathic pain model, although hypersensitivity has been stable. In a previous study using mice, the expression of miRNA in the dorsal horn of the spinal cord was changed 14 days after sciatic nerve injury, later than the change in the dorsal root ganglion (7). We speculated that part of the role of the dorsal horn of the spinal cord may be to maintain the symptoms of neuropathic pain. Previous studies have identified a number of miRNAs expressed in the spinal cord (24–27). The miR-29a/b/c, −26a, −142–3p and −193 are highly expressed in the spinal cord. The miR-129, −146a and −21 have also been reported to play a role in the reorganization or recovery of the nervous system after injury and in the nervous system development, apoptosis and synaptic plasticity (28–31). Above all, miR-26a/b and miR-29 are strongly expressed in astrocytes, and regulate the role of astrocytes in the structure of the brain and spinal cord. They may also be involved in the expression of neurotransmitters such as glutamate transporters to modulate synaptic transmission and to repair the nervous system (24,25). It is of note that miR-28 was associated with μ-opioid receptors and/or expression of cAMP response element-binding 1 (CREB-1), which has a role in neuronal plasticity (32,33). In addition, miR-203 targets γ-aminobutyric acid (GABA)-A receptors, which are a class of receptors that respond to the neurotransmitter GABA, the chief inhibitory neurotransmitter in the vertebrate central nervous system (34). Although several miRNAs changed expression, their roles in neuropathic pain have yet to be analyzed. We speculate that numerous miRNAs play key roles in the molecular mechanisms responsible for nerve regeneration, synaptic plasticity or analgesia, similar to miR-26, miR-29, miR-28 and miR-203.

The comprehensive TLDA analysis performed in this study demonstrated changes in a large number of miRNAs in addition to those previously reported as being related to neuropathic pain. These findings are expected to contribute to our understanding of the role of miRNA in the spinal cord of patients with neuropathic pain and of the mechanisms underlying neuropathic pain and may be the first step towards the selection of effective therapeutic methods.

In this TLDA study, we report that the expression of many miRNAs is altered in the dorsal horn of the spinal cord in CCI rats, and we suggest the possibility that these changes play a role in the maintenance and development of, and therapy for, neuropathic pain. However, these data are not sufficient to make strong conclusions on the role of miRNA changes in neuropathic pain. In the study of miRNA biology, it is critical to predict changes in the target mRNA using available online target prediction software such as miRecords, TargetScan and PicTar, and to prove that a miRNA can bind to a target mRNA using a luciferase reporter assay. For example, it would be of benefit to clarify the role of mRNA coding mediators in the activation of microglia or in the control of analgesia, serotonin, adrenaline and acetylcholine. Identification of the target gene of these miRNAs should help to elucidate mechanisms underlying neuropathic pain and identify promising targets for future research. 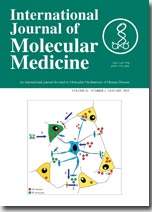