Medicinal mushrooms have served as the mainstay of treatment for a variety of human illnesses in Asian countries, mostly as supplements by cancer patients. Extracts prepared from Trametes versicolor under the trade name of I'm-Yunity exhibit anti-tumorigenic activities, as supported by inhibition of the proliferation and induction of apoptosis in malignant cells. Similar effects have also been observed for the Reishi mushroom Ganoderma lucidum. The two mushrooms exert their medicinal activities primarily through a family of polysaccharo-peptides. Despite the common identity in their bioactive ingredients, whether their combination might elicit an expanded efficacy and mechanism has not been investigated. In the present study, we investigated similarities and differences between extracts prepared from I'm-Yunity and from a formulation denoted I'm-Yunity-Too combining I'm-Yunity and Ganoderma lucidum. By assaying their anti-proliferative and anti-apoptotic effects using human promyelocytic HL-60 cells, we found that the ethanolic extract of I'm-Yunity-Too was more active in inducing cell death compared to I'm-Yunity, based on measured changes in the expression of caspase 3 and Bax. Moreover, ethanolic extracts of I'm-Yunity-Too exhibited more potent activity compared to its aqueous extracts with regard to suppression of the growth and induction of apoptosis, as assayed by the more pronounced downregulation of phosphorylation of Rb and increased cleavage of poly(ADP‑ribose) polymerase (PARP) from its native 112-kDa form to the inactive 89-kDa product. These results suggested that the chemopreventive potential of I'm-Yunity may be enhanced by adding Ganoderma lucidum and that their bioactive ingre­dients potentially exhibit mechanistic synergism suggesting a more efficacious adjunct in chemotherapy.

Cancer remains a significant cause of morbidity and mortality in the United States and worldwide, despite advances made in recent decades on early detection and diagnosis. Increasingly, among practicing clinicians and research professionals, the one-time dominant view of seeking ‘magic bullets’ for cancer eradication has been supplanted by the objective of cancer prevention and management in order to improve the quality of life of cancer patients.

A reductionist approach to curtail cancer risks, thereby preventing cancer, involve the elimination or reduction, of exposure to sources of carcinogens, together with change in lifestyle and dietary habits. It is therefore notable that, although anti-tumorigenic agents abound in the diet, as revealed by epidemiological/migrant studies reporting an inverse relationship between diet and cancer incidence rate, evidence indicates that diet harbors carcinogens or their precursors. This dual benefit/risk nature of diet with regard to carcinogenesis was clearly demonstrated in a seminal report by Doll and Peto (1) who suggested that 10–70% of human cancer mortality may be associated with diet. Furthermore, whereas studies by Steinmetz and Potter (2,3) and Willett (4) portend that dietary factors contribute to one third of all cancer deaths, evidence indicates that an estimated 20–50% of all cancer types are preventable using plant-based diet strategies (5,6), in part attributed to phytochemicals and polyphenols with chemo-preventive activities (7–11).

The Reishi mushroom Ganoderma lucidum belongs to the Basidiomycetes class of fungi whose use as an antitumor agent dated back to the Imperial Court of ancient China (12–14). The major bioactive compounds in Ganoderma lucidum are polysaccharides, ganoderic, ganodermic, lucidic acids and their aldehydes and alcohols, and highly oxidized lanostane-type triterpenes (15–17). I’m-Yunity™ is a proprietary method procured version of the Basidomycetes mushroom comprising a heterogeneous family of polysaccharide-protein complexes isolated from the cultivated mycelia of Trametes (formerly Coriolus) versicolor, which have been used as a major ingredient in traditional Chinese medicinal formulations for the prevention and treatment of chronic diseases including cancer (18–27). The two mushroom products are available as dietary supplements, principally as adjunct immune boosters and prophylactic chemopreventative agents targeting the initiation and progression of cancers (12,20,23,28–40). Despite their similar biological activities, differences may exist, both with respect to the nature of the polysaccharides and the spectrum of synthesized and secreted secondary metabolites. Accordingly, it may be postulated that the combination of the two mushrooms elicits distinct as well as overlapping biological and molecular effects, compared to single mushroom extracts. However, this possibility has yet to be investigated. In this study, extracts prepared from I’m-Yunity and from a combined formulation denoted I’m-Yunity-Too™-containing extracts derived from I’m-Yunity and Ganoderma lucidum were investigated with regard to differences in: ) anti-proliferative activities; ii) cell cycle control and induction of apoptosis; iii) activities between aqueous and ethanolic extracts.

To prepare aqueous or ethanolic extracts of I’m-Yunity and I’m-Yunity-Too, the contents of each capsule were suspended in 6 ml of water or 70% ethanol, intermittently mixed by vortexing for 60 min at room temperature, and centrifuged to remove insoluble particles. The clear super-natant was sterilized by passing through a 0.22 μm filter and stored in aliquots at 4°C.

Human promyelocytic leukemia cell line (HL-60) was supplied by American Tissue Culture Collection (Manassas, VA, USA). Cells were cultured in RPMI-1640 and seeded at a density of 3×105 cells/ml for all the experiments, as previously described (24, 26, 41– 43). Extracts of I’m-Yunity and I’m-Yunity-Too were added to the culture media at the final doses specified. Control and mushroom extract-exposed cells were harvested at indicated times after treatment. Cell count was performed using a hemocytometer and viability was determined by trypan blue exclusion. Harvested cells were washed twice with PBS, and pellets were stored at −80°C for subsequent analysis.

Cell cycle phase distribution was assayed by flow cytometry. Following a 24-, 48- and 72-h treatment of HL-60 cells with aqueous and ethanol extracts of I’m-Yunity or I’m-Yunity-Too (10 μl/ml), the cells were stained with 1.0 μg/ml DAPI containing 100 mM NaCl, 2 mM MgCl2 and 0.1% Triton X-100 (Sigma-Aldrich Corp., St. Louis, MO, USA) at pH 6.8, as previously described (24, 26, 41– 43). The DNA contents were collected and analyzed by a flow cytometer (Ortho Diagnostic, Westwood, MA, USA) and MultiCycle software from Phoenix Flow Systems (San Diego, CA, USA) was used to quantify the percentage of cells in the respective phases (G1, S and G2/M) of the cell cycle, as previously described (24, 26, 41– 43). Flow cytometry was used to determine cells undergoing apoptosis, as evident by the appearance of the sub-G1 peak (44–46).

For immunoblotting experiments, cells were collected and lysed in ice-cold RIPA buffer, as described in recent studies (47–50). The aliquots of lysates (20 μg of protein) were boiled with sample buffer for 5 min, and resolved by 10% SDS-PAGE. The proteins were transferred to a nitrocellulose membrane and blocked with TBST buffer (10 mM Tris, pH 7.5, 100 mM NaCl and 0.05% Tween-20) containing 3% non-fat dried milk overnight at 4°C. The blots were incubated overnight with various primary antibodies followed by a 1-h incubation with secondary antibodies. The blots were detected with an ECL detection system (LumiGLO Peroxidase Chemiluminescent Substrate kit, KPL Biotechnology, Inc., Gaithersburg, MD, USA) and quantified by densitometry. Actin expression was used for normalization of the sample loading, as previously described (47–50).

To determine whether aqueous and ethanolic extracts of I’m-Yunity and I’m-Yunity-Too exert comparable anti-proliferative activities, human leukemia HL-60 cells were exposed to a single dose of either extracts for 24–72 h. Growth and cell viability were measured as described in Materials and methods. Results in Fig. 1A show that the aqueous extract of I’m-Yunity was more potent in inhibiting cell proliferation than the comparable aqueous extract of I’m-Yunity-Too. Ethanolic extracts of the latter were slightly more active than the former in suppressing cell growth and, significantly more effective in inducing cell death (Fig. 1B).

To examine whether I’m-Yunity- and I’m-Yunity-Too-induced cell growth inhibition involves changes in the cell cycle phase transition, flow cytometry was performed in the control and exposed cells. Results in Fig. 3A show that HL-60 cells treated with ethanolic extracts of I’m-Yunity-Too were restricted in the G1→S progression. Fig. 3A also shows a decrease in cell fraction accumulated in the G2M phase of the cell cycle, as compared to the untreated cells. These effects were most notable in 48–72 h exposed cells. By contrast, in cells treated for 24 h by aqueous and ethanolic extracts of I’m-Yunity and I’m-Yunity-Too, the primary cell cycle involved attenuation in the S→G2M phase transition.

The adjunctive potential of Ganoderma lucidum in the management of cancer patients has been previously reported (51). However, the mechanisms by which it exerts efficacy have not been fully elucidated. It also remains to be determined whether, when administered in combination, the mechanisms generate novel activities.

In the present study, HL-60 cells cultured in vitro were used to analyze the effects of I’m-Yunity (Coriolus versicolor) relative to I’m-Yunity-Too (Coriolus versicolor combined with Ganoderma lucidum) with regard to proliferation and induction of apoptosis. We demonstrated that I’m-Yunity and I’m-Yunity-Too significantly inhibited HL-60 proliferation, in concordance with the downregulation of NF-κB p65 expression. We also observed differences concerning changes in IκB expression between the aqueous and ethanolic extracts of I’m-Yunity and I’m-Yunity-Too. Thus, cells treated with ethanolic extracts for 72 h showed the downregulation of IκB, which was not affected in cells treated with aqueous extracts.

Taken together, the results suggest that distinct differences exist regarding the cell and gene regulatory effects of aqueous and ethanolic extracts of I’m-Yunity-Too, as compared to comparable extracts derived from I’m-Yunity. In addition, extracts from the combination mushroom have different biological activity, compared to ethanolic extract from the single mushroom I’m-Yunity. Additional experiments and more detailed analysis are required to determine the underlying mechanisms involved.

Research in this report was supported in part by an unrestricted grant from the Hong Kong Healthcare Center, Ltd. We acknowledge with thanks the support of Ms. Vivien Chou and her family on mechanistic studies of medicinal mushrooms in the prevention and management of chronic diseases in humans. 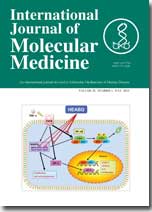