Association between mRNA levels of DNMT1, DNMT3A, DNMT3B, MBD2 and LINE-1 methylation status in infants with tetralogy of Fallot

DNA methylation is catalyzed and maintained by DNA methyltransferases (DNMTs: DNMT1, DNMT3A and DNMT3B) and methyl-CpG-binding domain protein 2 (MBD2). However, little is known about the biological and clinical significance of the expression changes of DNMTs and MBD2 and their association with the methylation levels of long interspersed nuclear element-1 (LINE-1) in patients with tetralogy of Fallot (TOF). In this study, quantitative RT-PCR (qRT-PCR) was applied to analyze the mRNA levels of DNMTs and MBD2. The methylation status of LINE-1 was measured using the sequenom MassARRAY platform. The mRNA levels of the DNMTs and MBD2 showed a statistically significant decrease in the patients with TOF (P<0.001). The results also showed that patients with TOF had significantly lower global DNA methylation levels with a median of 61.50% [interquartile range (IQR), 59.78-63.77] compared with 63.54% (IQR, 62.49‑64.88) among the controls (P=0.0099). In the controls, only DNMT1 showed a significant positive correlation with the DNMT3A mRNA levels (r=0.718, P=0.002). Of note, the DNMT1, DNMT3A, DNMT3B and MBD2 mRNA levels positively correlated with each other; this was statistically significant (P<0.05). A significant positive correlation with the global DNA methylation status was observed only for MBD2 (r=-0.579, P=0.005) in patients with TOF. In conclusion, lower LINE-1 methylation levels significantly correlate with aberrant MBD2 mRNA levels. The lower expression of DNMT1 and DNMT3B may play an important role in the pathogenesis of TOF.

Congenital heart defects (CHDs) are the most common type of major birth defect, and account for the majority of morbidity and mortality related to birth defects (1). Tetralogy of Fallot (TOF) is the most commonly observed conotruncal congenital heart defect, accounting for 10% of all CHDs, with an incidence of 3.6 per 10,000 live births (2). The treatment of these patients has evolved significantly over the last few decades (3); however a genetic explanation, particularly epigenetic factors, is lacking for the failure of cardiac development in the majority of children with TOF. Epigenetic changes refer to the heritable changes in genome function that occur without a change in primary DNA sequence, characterized by covalent modifications of cytosine bases and histones, and changes in the positioning of nucleosomes (4). They are fundamental to the regulation of many cellular processes, including gene and microRNA expression, DNA-protein interactions, the suppression of transposable element mobility, cellular differentiation, embryogenesis, X-chromosome inactivation and genomic imprinting (5).

Currently, the most widely studied epigenetic modification in humans is DNA methylation. DNA methylation occurs almost exclusively in the context of CpG dinucleotides, which control the transcriptional activity of genes by various mechanisms (6). The hypomethylation of genomic DNA has been reported to contribute to chromosome instability and to alter gene expression, cell differentiation and apoptosis during embryogenesis (7). Long interspersed nuclear element-1 (LINE-1) constitutes 17–25% of the human genome (8). Since LINE-1 sequences are highly repeated and widely interspersed human retrotransposons, their methylation level can serve as a surrogate marker for global genomic DNA methylation (9). LINE-1 hypomethylation is frequently observed in certain diseases, such as colon cancer (10), neural tube defects (NTDs) (11) and systemic lupus erythematosus (SLE) (12). LINE-1 hypomethylation have been proven to be associated with the increased occurrence of non-syndromic CHDs (9). We have previously shown that lower LINE-1 methylation levels are associated with an increased risk of TOF (13). However, the molecular mechanisms leading to LINE-1 hypomethylation in patients with TOF are not yet well understood.

DNA methylation is catalyzed and maintained by a family of DNA methyltransferases (DNMTs), including DNMT1, DNMT3A and DNMT3B. DNMT1 is known as a maintenance DNMT; it has a high preference for hemimethylated DNA substrates and maintains methylation patterns during DNA replication and accurately replicates genomic DNA methylation patterns during cell division in mammalian cells (14). DNMT3A and DNMT3B are responsible for the de novo methylation of DNA during early embryogenesis, thereby establishing a somatic methylation pattern (15). Methyl-CpG-binding domain protein 2 (MBD2) is one of the methyl-CpG binding proteins (MBPs); it binds methylated cytosine and attracts chromatin inactivation complexes containing histone deacetylase. Moreover, MBD2 has also been shown to possess demethylase activity (16). The aberrant expression of DNMTs and MBD2 may influence the DNA methylation pattern and consequently lead to diseases. The overexpression of DNMTs has been found in several types of cancer, such as lung cancer (17), breast cancer (18) and hepatocellular carcinoma (19). Moreover, lower mRNA levels of DNMTs have been reported in patients with spermatogenic arrest (20), systemic lupus erythematosus (21) and atopic dermatitis (22). Of note, transcript levels of DNMTs, showing no differences between patients and controls, have also been reported in patients with systemic lupus erythematosus (23). However, little is known about the variations in the mRNA levels of DNMT1, DNMT3A, DNMT3B and MBD2 and their association with the LINE-1 methylation status in patients with TOF.

In this study, to obtain a deeper understanding of the role of epigenetic mechanisms in patients with TOF, we measured and compared the mRNA levels of DNMTs and MBD2 and the methylation pattern of LINE-1 in normal and TOF samples. The association between the transcript levels of DNMTs, MBD2 and the LINE-1 methylation status was also investigated in normal and TOF samples.

In this study, 48 patients with TOF were recruited from the Children’s Hospital of Fudan University, Shanghai, China, including 31 males (64.58%) and 17 females (35.42%), age ranging from 1 to 48 months (14.88±11.27, mean ± SD). Patients were diagnosed by an echocardiogram, and the diagnoses were confirmed by surgery. Normal heart tissue samples were obtained from autopsy cases at the Department of Forensic Medicine, Fudan University. Samples from 16 healthy control subjects who had died by traffic accidents were also recruited in this study, including samples from 10 males (62.50%) and 6 females (37.50%), age ranging from 0.5 to 38 years (20.91±14.22, mean ± SD). The clinical features of the study subjects are summarized in Table I. To exclude the tissue heterogeneity that may affect methylation levels, all the tissue samples obtained from right ventricular outflow tracts were saved in RNAlater® (Ambion, Inc., Austin, TX, USA) immediately after surgical resection or autopsy and stored until use.

[i] TOF, tetralogy of Fallot.

This study was approved by the local Ethics Committee of Fudan University. Written informed consent was obtained from the parents and relatives of all the study participants.

Genomic DNA was extracted from the heart tissue samples using a QIAamp DNA Micro kit (Qiagen, Hilden, Germany) according to the manufacturer’s instructions. The concentration and purity of the DNA were determined by absorbance at 260 and 280 nm using a NanoDrop™ 1000 Spectrophotometer (Thermo Scientific, Wilmington, MA, USA) on an agrose gel. Sodium bisulfite modification for the extracted DNA was performed using an EZ DNA Methylation kit™ (Zymo Research Corp., Orange, CA, USA) according to the manufacturer’s instructions. The bisulfite-converted DNA was resuspended in 10 μl elution buffer and stored at −80°C until the samples were ready for use.

The Sequenom MassARRAY platform was used to perform the quantitative methylation analysis of LINE-1 as previously described (13). The primers used in this study were designed using EpiDesigner (http://epidesigner.com). Based on the analyzed information for the LINE-1 promoter region, we designed the primers as follows: forward, cagtaatacgactcactatagggagaagg-TTTTATT AGGGAGTGTTAGATAGTGGG and reverse, aggaagagag-CCCCAAAAATAAAACCTACAAAAAC. The analyzed sequence represents a 468 base pair fragment (positions 835–386) in the 5′-untranslated region (5′-UTR) of the LINE-1 element.

Data were analyzed using GraphPad Prism (version 5.0; GraphPad Software Inc., San Diego, CA, USA) and SPSS software (version 13.0; SPSS Inc., Chicago, IL, USA). The Mann-Whitney U test was performed to evaluate the significance of any differences between the TOF and control groups. Spearman’s rank correlation was used to examine the correlation between two continuous variables. All statistical analyses were two-sided and a P-value <0.05 was considered to indicate a statistically significant difference.

mRNA levels of DNMT1, DNMT3A, DNMT3B and MBD2 in patients with TOF and the control samples

mRNA level of DNMT1, DNMT3A, DNMT3B and MBD in the control samples and patients with TOF.

a Mann-Whitney test was performed.

Analysis of the correlation between the mRNA levels of DNMT1, DNMT3A, DNMT3B and MBD2

Moreover, taking into consideration the age or gender differences in the individual samples, we analyzed the correlation between age or gender and the LINE-1 methylation status in the normal and TOF samples. In the normal group, no correlation between age and the LINE-1 methylation level was observed (r=0.2709, P=0.3488). The males and females had similar methylation values (63.32 vs. 63.54%, median) and showed no significant difference (P=0.9527). In the TOF patient panels, there was no correlation observed between age and the methylation status of LINE-1 (r=−0.3980, P=0.0666). Although the females showed a higher methylation level than the males (62.04 vs. 61.25%, median), no statistically significant difference was observed (P=0.7074).

Correlation between the mRNA levels of DNMT1, DNMT3A, DNMT3B and MBD2 and LINE-1 methylation status

In this study, we demonstrated that patients with TOF had significantly lower global DNA methylation levels than those of the controls, which may be associated with the complex etiology of TOF. Moreover, the mRNA levels of the DNMTs (DNMT1, DNMT3A and DNMT3B) and the MBD2 gene were significantly decreased in the TOF samples; in particular, the decrease in the levels of DNMT1 and DNMT3B was more significant. A significant negative correlation between the LINE-1 methylation status and the MBD2 mRNA levels was observed in the patients with TOF. These findings may provide important insight into the development of pathologies from an epigenetic viewpoint.

DNA methylation, the most investigated epigenetic hallmark, is a reversible mechanism which modifies genome function and chromosomal stability through the addition of methyl groups to cytosine located in CpG dinucleotides to form 5 methylcytosine (5mC). The CpG dinucleotides tend to cluster in regions termed CpG islands (24). Unlike DNA sequence mutations, the inheritance patterns of these epigenetic events in humans are poorly understood. The hypomethylation of the global genome largely promotes chromosomal instability, translocations, gene disruption and reactivation of endoparasitic sequences (25). LINE-1 methylation patterns may serve as a potential indicator of global DNA methylation (11), which has been proven to be frequently hypomethylated in several types of cancer (26). Moreover, maternal LINE-1 hypomethylation has also been found to be associated with an increased occurrence of non-syndromic CHDs (9). Of note, higher methylation levels of LINE-1 have also been reported in patients with Alzheimer’s disease (AD) (27). These findings suggest that changes in the LINE-1 methylation status may not be restricted to cancers but may be present in other diseases and may show hypo- or hype-methylation status under different conditions. In the present study, we found that patients with TOF had significantly lower levels of LINE-1 methylation compared with samples from normal subjects, suggesting that reduced LINE-1 methylation levels may increase the chromosomal instability and consequently alter the expression of genes associated with heart development, eventually leading to TOF. However, the exact molecular mechanisms of LINE-1 hypomethylation associated with the etiology of TOF remain unclear and require further study.

As heat tissue samples are difficult to collect from healthy controls and TOF patients, one limitation of this study was that we were unable to obtain enough complete age-matched samples. Thus, the findings presented in our study require further investigation and validation in larger sample sizes. Moreover, based only on these data from clinical samples, we cannot ascertain whether methylation changes that are noted occur after the heart is already formed or after heart defect already exists. At the same time, we cannot determine whether these changes are reflective of the disease physiology or related to disease etiology. All the related research will be further explored using cell lines or animal models in future studies.

In conclusion, global DNA hypomethylation is one of the possible epigenetic variations associated with the complex etiology of TOF and significantly correlates with the aberrant expression of MBD2 mRNA in patients with TOF. The decreased expression of DNMT1 and DNMT3B mRNA may play an important role in the pathogenesis of TOF. The mechanisms of global DNA hypomethylation in patients with TOF are complex. Enzymes that participate in DNA methylation and demethylation events should be investigated further in a larger number of samples, and may thus provide important insight into the development of novel treatments for TOF, as well as provide a deeper understanding of the etiology of congenital heart disease. 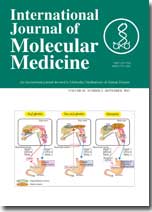