Non-alcoholic fatty liver disease (NAFLD) is one of the most prevalent types of liver diseases. NAFLD prevalence has increased with the change in eating habits, thus identifying effective treatment for NAFLD is a significant public health objective. Lifestyle-related factors such as poor diet, obesity, excessive alcohol intake, diabetes and hyperlipidemia have all been proposed to contribute to NAFLD. In addition to the development of a fatty liver, NAFLD patients may also exhibit inflammation, necrosis and fibrosis of the liver, which are known as non-alcoholic steatohepatitis (NASH) (1). This disease may progress to cirrhosis of the liver and hepatocellular carcinoma (HCC). Lifestyle interventions such as improvement of eating habits or physical activity are commonly recommended for NAFLD and NASH, but no effective medical therapy for these diseases has been established although many medications for the treatment of NAFLD are undergoing clinical trials in the Western countries.

Green tea contains high levels of flavonoids, which have antioxidant properties. Catechin, one of the main flavonoids in green tea, has recently attracted attention for its antitumor and anti-arteriosclerotic effects. Catechins account for ~20% of the flavonoids in green tea leaves. They have been found to decrease oxidative stress (2) and to exert anti-virus (3,4), anti-thrombotic (5), anti-allergenic (6), anticancer (7), anti-hypertensive (8) and anti-hyperglycemic effects (9,10). In addition, results of animal experiments have indicated that catechins affect the lipid metabolism by decreasing triglyceride and total cholesterol levels (11) and enhancing energy utilization (12). However, the effect of the green tea with high-density catechins on humans and its detailed mechanism have yet to be clarified. To the best of our knowledge, this is the first study to examine the effects of green tea containing high-density catechins on NAFLD in humans. We report herein the results of a double-blind, controlled study examining the effects of green tea containing high-density catechins and a catechin-free green tea-flavored control beverage on liver function and fatty liver status in NAFLD patients. We found that NAFLD patients consuming green tea with high-density catechins for 12 weeks showed improved liver function and reduced liver fat deposition. In addition, we examined the safety of consuming green tea with high-density catechins for NAFLD patients.

In total, 17 NAFLD patients (7 men and 10 women), aged 20–70 years, were included in this randomized, double-blind, controlled, investigator-initiated trial. The exclusion criteria were the presence of severe acute or chronic diseases (liver, heart or renal failure), infectious or autoimmune liver diseases (positive for hepatitis B surface antigens, anti-hepatitis C virus, anti-nuclear or anti-mitochondrial antibodies), known allergies to compounds of tea or polyphenol-rich food, acute infectious diseases, diseases involving systemic inflammation, participation in another study within the last month, alcohol abuse and the use of concomitant supplements. Green tea adjusted to 1,080 mg/700 ml or 200 mg/700 ml catechin content and green tea-flavored beverage (0 mg/700 ml catechin content) were prepared by Kao Corporation (Tokyo, Japan). The beverages were packaged in 350 ml steel cans with an identical appearance and distributed to patients by courier. An independent investigator performed subject randomization. All the patients provided informed written consent to participate in the study. The study was performed at the Kurume University Hospital and the study protocol conformed to the ethics guidelines of the 1975 Helsinki Declaration, as reflected in prior approval by the institutional Ethics Committee of the Kurume University School of Medicine.

Each patient was instructed to refrain from eating flavonoid-rich foods and supplements during the trial and was then instructed to fast for 8 h before undergoing the examinations, which were always performed in the morning. These included clinical examination (height, weight and body fat percentage), blood and urine sampling and routine abdominal ultrasonography. Body mass index (BMI) was calculated as weight in kilograms divided by the square of height in meters. The rate of body fat was estimated by bioelectrical impedance analysis performed using InnerScan® (Tanita BC-511, Tanita Corporation, Tokyo, Japan) (13,14). The green tea beverages were consumed for 12 weeks. During this period, patients underwent follow-up examinations in the fourth, eighth and twelfth week. Additional follow-up data were collected four weeks after the end of the green tea consumption. Quantitative abdominal computerized tomography (CT) was performed at the beginning and the end of the study period.

Patients were randomized to consume one of the three types of green tea for 12 weeks. Green tea containing 1,080 mg/700 ml or 200 mg/700 ml catechins and green tea-flavored beverage (0 mg/700 ml catechins) were prepared by Kao Corporation (Tokyo, Japan). Patients consumed 700 ml of green tea every day with meals. The tea containing 200 mg catechins per 700 ml was similar in catechin contents to most commercially available green teas. The intake quantity of 700 ml per day is typical of Japanese tea intake. Caffeine content, another component of green tea, was normalized in all three teas to 120 mg per 700 ml.

Data are expressed as means ± SD. Associations among the three patient groups for baseline characteristics, liver CT attenuation and urine 8-isoprostane were compared using analysis of variance (ANOVA). Within each group, comparisons were made using the Student’s paired t-test. P<0.05 was considered statistically significant. Statistical analyses were performed using AIST-ANOVA developed by the National Metrology Institute of Japan (NMIJ) and National Institute of Advanced Industrial Science and Technology (AIST) for statistical analysis.

Seventeen patients were included in the present study and were randomized to consume either green tea with high- or low-density catechins or a control beverage with no catechins. Clinical and laboratory characteristics of the study population are presented in Tables I and II, respectively. There were no significant differences among the three groups for clinical characteristics at baseline, including age, body weight, body fat percentage or BMI (Table I). There were also no significant differences among the three groups in laboratory data at baseline (Table II).

[i] Values are presented as means ± SD. P-value represents the comparison of groups by ANOVA.

Reduction of body fat percentage in the high-density catechin group

NAFLD is a prevalent disease that is detected by medical examination and ultrasonography. Among NAFLD categories, patients with NASH, which is similar to alcoholic steatohepatitis in terms of pathological findings, have a poor prognosis (20). The lesions most commonly accepted with NASH include steatosis, ballooning degeneration of hepatocyte, mild diffuse lobular mixed acute and chronic inflammation and perivenular and perisinusoidal collagen deposition. Mallory’s hyaline, vacuolated nuclei in periportal hepatocytes, lobular lipogranulomas and PAS-diastase-resistant Kupffer cells are also common in NASH. NASH may be an underlying cause of cryptogenic cirrhosis (21,22). The worldwide epidemic of obesity has increased the awareness of NAFLD from that of a curiosity to one of a potentially progressive liver disease that increases the risk of cirrhosis and HCC (23). A report by Marrero et al (24) indicated that cryptogenic liver disease is a common etiology of diseases in patients with HCC. NAFLD has been reported to account for at least 13% of HCC cases (24). Cryptogenic cirrhosis patients were found to have higher plasma levels of glucose, cholesterol and triglyceride, all parameters of insulin resistance (22). Obesity is an independent risk factor for HCC in patients with cryptogenic cirrhosis (25). Not all cases of NAFLD progress to cirrhosis and liver cancer. Early diagnosis and treatment of NAFLD may prevent progression to cirrhosis. As reported above, the improvement of eating habits is necessary to improve hyperlipidemia, insulin resistance and obesity.

As for whether green tea is effective for the improvement of insulin resistance and hyperlipidemia when consumed with a meal, the present study indicates that it is effective for treatment in NAFLD. It is believed that dietary therapy is preferable to medical therapy for the treatment of NAFLD, considering the mechanism of onset, but lifestyle changes can be difficult to implement. Thus, the development of an effective medical therapy is necessary. Epigallocatechin gallate (EGCG), the main catechin in green tea, is believed to reduce liver oxidation stress. The components of NAFLD have not yet been fully elucidated, but the following steps are considered to be the main mechanism. Free fatty acids are absorbed by the liver through the intestinal tract after a meal and are oxidized by mitochondria and peroxisomes. If fatty acid uptake by hepatocytes increases, fatty acid pools in the liver increase and accumulate in the hepatocytes as acylglycerol, increasing the load on hepatic mitochondria. Fatty acids that are not metabolized by mitochondria undergo ω or β oxidation by microsomes or peroxisomes. If a large quantity of fatty acids continues to be deposited in the liver, accumulation of acylglycerol in the hepatocytes induces oxidative stress that may progress to NAFLD (26). It is thought that EGCG reduces oxidative stress in hepatocytes through its potent antioxidant activity. Our study showed that the group consuming 1,080 mg of catechins per day had significantly lower levels of urine 8-isoprostane, a marker of oxidative stress, at the end of the study than at baseline. The low-density catechin and placebo groups did not show decreased oxidative stress, suggesting that it is necessary to consume ~1 g of catechins every day to reduce oxidative stress.

Catechins have inhibition effects on lipase, an enzyme related to glucose and fat absorption. EGCG shows inhibitory activity against lipase at a concentration of 0.349 μM (IC50) (27). In addition, catechins are reported to have inhibitory effects on α-amylase and α-glucosidase (27,28). A clinical study of hypertriacylglycerolaemia showed that the increase of triacylglycerol levels in the plasma after oral administration of butter was blunted by ~29% in response to catechin consumption (29). If fat absorption in the intestinal tract is decreased, liver fatty acid uptake also decreases, which may help prevent the onset of NAFLD.

It has been shown that catechins promote lipid metabolism in the liver (30). Body weight and adiposity were blunted by catechin administration in the obese mouse model C57BL/6J. Increased mRNA expression of acyl-CoA oxidase (ACO), one of the peroxisomal β-oxidizing enzymes and medium-chain acyl-CoA dehydrogenase (MCAD), a mitochondrial β-oxidizing enzyme, was observed in the liver of the catechin administration group. Increased hepatocellular mitochondrial β-oxidation activity promotes the breakdown of fatty acids and it is thought that it acts as a protective mechanism against NAFLD.

NAFLD is a widespread disease and some cases of NAFLD progress to NASH. It is thought that the existence of steatosis and hepatitis is crucial for a diagnosis of NASH, which can be confirmed by a liver biopsy. Liver biopsy is the golden standard for NASH diagnosis. However, many patients without symptoms who present abnormal serum data, suggesting the presence of NAFLD, do not undergo a liver biopsy. For the present study, we used ultrasonography and X-ray CT to monitor NAFLD as these methods are non-invasive and follow-up data can be collected. Blood biochemistry was used for the determination of hepatitis and steatosis status (34). The present study included only patients who had been diagnosed with NAFLD by a specialist. We instructed some participants to consume tea containing five times as much catechin content as normal tea for 12 weeks and did not observe any negative side effects in this group.

The mechanism of onset of NAFLD and NASH has still not been fully elucidated (35). The mechanism by which ingestion of catechins decreases fat accumulation in the liver has also not been determined. Liver fat was decreased along with an oxidative stress marker in response to the consumption of a high catechin tea. Liver inflammation and blood biochemistry also improved in this group. Findings of this study suggest that catechins are useful for the treatment of NAFLD.

The study was supported, in part, by the Japan National Science Foundation (grant no. 16590651). All the tea was provided by Kao Corporation, Japan. However, Kao Corporation was not involved in the funding of or in any part of the study. Part of this study was presented at the 41st annual meeting of the European Association for the Study of the Liver. 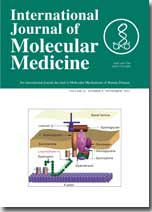