The treatment of locoregional recurrence (LRR) of head and neck squamous cell carcinoma (HNSCC) often requires a combination of surgery, radiation therapy and/or chemotherapy. Survival outcomes are poor and the treatment outcomes are morbid. Cold atmospheric plasma (CAP) is an ionized gas produced at room temperature under laboratory conditions. We have previously demonstrated that treatment with a CAP jet device selectively targets cancer cells using in vitro melanoma and in vivo bladder cancer models. In the present study, we wished to examine CAP selectivity in HNSCC in vitro models, and to explore its potential for use as a minimally invasive surgical approach that allows for specific cancer cell or tumor tissue ablation without affecting the surrounding healthy cells and tissues. Four HNSCC cell lines (JHU-022, JHU-028, JHU-029, SCC25) and 2 normal oral cavity epithelial cell lines (OKF6 and NOKsi) were subjected to cold plasma treatment for durations of 10, 30 and 45 sec, and a helium flow of 20 l/min-1 for 10 sec was used as a positive treatment control. We showed that cold plasma selectively diminished HNSCC cell viability in a dose-response manner, as evidenced by MTT assays; the viability of the OKF6 cells was not affected by the cold plasma. The results of colony formation assays also revealed a cell-specific response to cold plasma application. Western blot analysis did not provide evidence that the cleavage of PARP occurred following cold plasma treatment. In conclusion, our results suggest that cold plasma application selectively impairs HNSCC cell lines through non-apoptotic mechanisms, while having a minimal effect on normal oral cavity epithelial cell lines.

Head and neck squamous cell carcinoma (HNSCC) is the sixth most common type of cancer worldwide with an approximate 5-year survival rate of 50% (1). The prognosis for patients with HNSCC is determined by the stage of the tumor at presentation, as well as the presence of lymph-node metastases and distant metastases. Approximately one third of patients present with early-stage disease, whereas two thirds present with advanced cancer with lymph node metastases (2). Early-stage tumors are treated with surgery or radiotherapy and have a favorable prognosis. Thirty-five to 55% of patients with advanced-stage HNSCC remain disease-free 3 years after standard treatment (3). However, locoregional recurrence (LRR) develops in 30–40% of patients and distant metastases occur in 20–30% of HNSCC cases (4).

The standard of care for advanced tumors is surgery combined with adjuvant radiation therapy and/or chemotherapy. Survival outcomes are poor (40–50% five-year survival rates), and the treatment leads to morbidity (5). LRRs often requires a combination of surgery, radiation therapy, and/or chemotherapy, and metastatic disease is treated with chemotherapy. However, despite these therapeutic approaches, the control of LRR has been minimal. Therefore, addressing the underlying factors associated to locoregional disease will improve clinical management and decrease the burden of HNSCC.

Thermal and non-thermal plasma are ionized media that contain numerous active components, including electrons and ions, free radicals, reactive molecules and photons (6). Thermal plasma has been widely used to modify material surfaces; this modification is generally conducted in a vacuum (7,8). Cold atmospheric plasma (CAP), is a non-thermal plasma that has been shown to be highly effective in germicidal irradiation and sterilization, wound healing, blood coagulation, material surface modifications and crosslinking, as well as in the treatment of various diseases, including cancer (9–11).

A number of studies have proposed the use of different cold plasma modalities for cancer treatment (10,13,14). Our laboratory recently examined the therapeutic potential of a manually-held CAP jet device in cancer cell lines and tumors, showing selective tumor eradication capabilities and apoptotic signaling pathway deregulation in melanoma cell lines and SCaBER-bearing mouse models (15). We demonstrated that CAP can potentially offer a minimally invasive surgical approach, allowing for specific cancer cell or tumor tissue removal without affecting the surrounding healthy cells and tissues, thus rendering it a promising technology for cancer therapy.

Despite the wide range of potential biomedical applications (16,17), the cell-specific effects of cold plasma treatment are not well understood at the molecular level (18). The generation of intracellular reactive oxygen species (ROS) leading to apoptosis has been proposed by different groups (19,20). Cellular necrosis (11) and senescence (21) have also been proposed to explain the mechanism of cold plasma treatment on cancer cells. Two possible underlying mechanisms for the high selectivity of CAP towards cancer cells can be attributed to the complex composition of CAP and the diverse characteristics of cancer and normal cells. While the specific mechanisms of action have not been identified, it is becoming apparent that cold plasma treatment may be more beneficial for some tumor sites than others.

The selective tumor eradication capabilities of the CAP jet device render it a potentially attractive adjuvant treatment for HPV-negative oropharyngeal squamous cell carcinoma patients who exhibit a higher rate of residual disease due to LRR when compared to HPV-positive patients (22). The aim of the present study was to examine whether CAP treatment for different exposure times shows selective tumor eradication capabilities in 4 HNSCC and 2 normal oral epithelial cell lines.

The CAP device, created in the School of Engineering and Applied Science of The George Washington University, contains 4 blocks. Block 1 is a DC power supply. Block 2 is a centrally powered electrode with a ground outer electrode wrapped around a quartz tube, which is part of the cold plasma production. Block 3 consists of a capacitor, a transistor and a timer; and block 4 is the helium gas supply, as previously described (6). Cold plasma treatments were carried out at 8 kV, using a helium flow of 10 l/min−1, with a distance of 3 cm from the plasma source to the cells, and treatment durations of 10, 30 and 45 sec.

We seeded the cells in 96-well plates and exposed them to cold plasma treatment for 10, 30 and 45 sec and a helium flow of 20 l/min−1 for 10 sec as a positive treatment control (Fig. 1). Following treatment, we transferred the cells to 2 sets of 6-well plates per cell line for MTT and clonogenic assays.

MTT assay (Sigma) was performed on the plated cells 48 h after cold plasma application, according to the manufacturer’s instructions and the absorbance at 570 nm was measured. Clonogenic or colony formation assays were performed 7 days after treatment with cold plasma; colonies were visualized by staining with crystal violet (Sigma).

The main purpose of this study was to assess the selectivity of cold plasma in HNSCC cell lines and the mechanisms underlying this selectivity. Our results suggest that cold plasma application selectively impairs some HNSCC cell lines through non-apoptotic mechanisms, as the cleavage of PARP was not significantly altered in the treated cells, while having a minimal effect on normal oral cavity epithelial cell lines.

A number of studies have suggested possible molecular mechanisms for the effects of cold plasma on cancer cells. Several in vitro mechanisms have been suggested to be associated with a decrease in the expression of cell-surface proteins, such as integrins and FAK: cell detachment, the induction of apoptosis, the induction of senescence and the generation of ROS (17,20,21,23–25). The selective response of tumor cells to CAP may also be due to the phase of the cell cycle. It is known that the percentage of cancer cells is higher in the S phase of the cell cycle and this may render the cancer cells more susceptible to the effects of CAP, as previously shown in the 308 and PAM 212 cancer cell lines (26).

Mouse xenograft models of melanoma, bladder cancer, neuroblastoma and glioma treated with cold plasma have been found to have a decreased tumor volume and an increased survival rate (15,17,27). In addition, although some tumors recurred, their growth rate was reduced as compared to the tumors in the untreated mice.

In the present in vitro study, we observed that cold plasma application selectively targeted the HNSCC cell lines, JHU-O28 and SCC25, while it had a moderate effect on the JHU-022 and JHU-029 cells, and a minimal effect on normal oral cavity epithelial cell lines. The mechanisms appear to involve non-apoptotic pathways, as the cleavage of PARP was not detected following cold plasma treatment. One reason for the moderate effect on HNSCC JHU-022 and JHU-029 cells may be due to cold plasma-induced TP53 inactivation. In this regard, Skinner et al showed that disruptive TP53 mutations render head and neck cancer cells more resistant to treatment with radiation (28). Since the mechanisms of action of cold plasma are not yet clearly known, it is tempting to speculate that cold plasma induced-TP53 mutations may also cause resistance to treatment with cold plasma. However, our data suggest a mechanism of action independent of p53, as cold plasma had different effects on HNSCC regardless of the p53-status of these cells; the 3 JHU cell lines express wild-type p53 (29,30), while SCC25 cells express mutant p53 (31).

The control of LRR in HNSCC is of one of the most important clinical management goals. Failure to achieve this goal leads to complex clinical scenarios associated with persistent or recurrent disease at the primary tumor site or in regional lymph nodes. Furthermore, patients can develop metastatic disease, either as a consequence of the spreading from the primary tumor before the initial diagnosis or from treatment-resistant persistent/recurrent locoregional disease. Both of these clinical scenarios (persistent/recurrent locoregional or metastatic disease) represent extremely difficult management problems (32). Salvage treatment is possible but frequently unsuccessful, particularly in patients in whom macroscopic disease is evident at or within 6 months after the end of initial chemoradiotherapy. Salvage treatment usually entails both acute and long-term morbidity (33). Systemic metastatic disease may be palliated by cytotoxic chemotherapy, biological agents or low-dose radiotherapy, but remains incurable with a median survival of approximately 6–9 months (34). Other therapies include simultaneous chemoradiotherapy, and the combination of radiotherapy and targeted therapies (e.g., EGFR antibody, cetuximab) (35,36). However, despite these therapeutic approaches, locoregional control and survival rates have shown only a modest increase.

In a recent study by Wang et al (6), it was shown that, due to the complex composition and parameters of CAP, the high selectivity towards cancer cells may vary. In fact, the various components that compose the CAP as a variety of ROS, reactive nitrogen species, charge particles and UV, and parameters, such as voltage, resistance, plasma emission and power may alter the response of cells to treatment, thus promoting specific chemical reactions between charged particles and living cells, triggering intracellular biochemical reactions. In that study by Wang et al, the CAP treatment parameters were optimized to selectively kill human metastatic breast cancer (BrCa) cells, while minimally affecting healthy human bone marrow mesenchymal stem cells (MSCs) (6). Similarly, in the present study, we showed that it is feasible to fine-tune the settings of CAP to specifically target cancer cells, while leaving the adjacent normal tissue unharmed.

Cold plasma treatment represents an alternative means to selectively targeting HNSCC cells, while having a minimal effect on the normal adjacent tissue and a feasible therapeutic strategy if coupled with endoscopic technology. It could also be potentially used in the first-line eradication of small malignant growths and as an adjuvant irradiation treatment of malignant tissue prior to surgery and surgical margins after surgery. Cold plasma represents an alternative adjuvant therapy that may lead to a reduction in LRR, particularly in HPV-negative patients and, as such, it warrants further investigation. 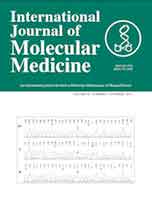