Aging and anti-aging: Unexpected side effects of everyday medication through sirtuin1 modulation

The sirtuin 1 protein (SIRT1) is a member of the class III NAD+-dependent histone deacetylases, which are also referred to as the ‘sirtuins’. The sirtuins and silent information regulator 1 (SIRT1) in particular, are known to play a role in the response to DNA damage, metabolism, longevity and carcinogenesis. SIRT1 regulates different cellular processes such as proliferation, differentiation and apoptosis through deacetylation of important regulatory proteins such as p53, FOXO3a and NFκB. A number of different modifiers of SIRT1 expression and activity have been discovered and even food and cosmetic additives (e.g. resveratrol and dihydrocoumarin) have been suggested to either activate or inhibit the activity of human SIRT1. We screened a panel of 18 different drugs which are frequently used in everyday clinical practice with regard to their influence on cell survival and SIRT1 expression in freshly isolated peripheral blood mononuclear cells (PBMCs) from young and healthy volunteers. In this context, we identified L-thyroxin, insulin and sodium nitroprusside to be potent activators of human SIRT1 expression. In addition, treatment of PBMCs with sodium nitroprusside was associated with a significant cellular lifespan extension, while L-thyroxin and insulin were unable to prolong lifespan, suggesting that isolated upregulation of SIRT1 is in fact insufficient to promote longevity. These findings have an important impact on the long-term use of a number of frequently used clinical agents in the treatment of chronic disease with respect to aging and carcinogenesis. 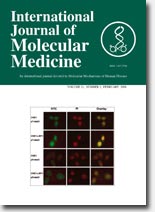