Autoimmune diseases are the consequence of the immune system attack on the self. Autoimmunity, sometimes, is reflected through the production of autoantibodies to various self antigens leading to cellular malfunction or destruction. In the current study we employ such autoantibodies for the treatment of cancer originated from the respective normal cells. This concept is wide and entails many autoimmune disorders and diversity of malignant conditions. To illustrate the therapeutic and practical potential we depicted four examples: vitiligo and melanoma - vitiligo is considered dermatologic autoimmune disorder presented as depigmented skin areas. The destruction of the pigmented cells (melanocytes) is mediated by autoantibodies. We have purified these anti-melanocyte antibodies from patients with vitiligo and showed their cytotoxic effect towards malignant melanoma cells in vitro and in vivo; anti-phospholipid syndrome (APLS) and cancer-cancer cells differ from normal cells by the expression of phosphatydilserine (PS) on their outer membrane surface. We have used such anti-PS autoantibodies, derived from patients with APLS, as effective treatment for melanoma in a murine system; Autoimmune hemolytic anemia (AIHA) and hematological malignancies - in patients with AIHA, the red blood cells (RBC) destruction is mediated by binding of autoantibodies to RBC. We have shown the specific binding of these anti-RBC autoantibodies to RBC and to malignant cells of the erythroid lineage. Thus, these autoantibodies may have diagnostic/therapeutic potential for conditions such as erythroleukemia and polycythemia vera; anti-lymphocyte antibodies and lymphoproliferative diseases - in SLE and other systemic autoimmune conditions autoantibodies directed against lymphocytes can be found. These cytotoxic antibodies can be targeted against lymphocytes of lymphoproliferative diseases such as chronic lymphocytic leukemia, or lymphoma. The diversity of autoimmune diseases provides a great source for human preformed highly specific autoantibodies which can be used as an effective immunotherapy by themselves, for diagnostic purposes, as a cell specific carrier conjugated to other cytotoxic agents and in combined therapy in the combat against cancer. 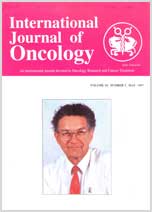