The incidence of prostate cancer varies greatly throughout the world; it is highest in African-Americans and lowest in the Asian populations of China, India, and Japan. Geographical differences in both prevalence of latent prostate cancer and mortality have been postulated to be influenced by diverse tumor-promoting and protective factors, both environmental and dietary. Prostate cancer is a tumor with an extremely long latency; the pattern of prostate tumorigenesis, in terms of the display and sequence of appearance of particular molecular or biochemical features, or morphological changes, characterizing different stages of the carcinogenic process, is expected to be heterogeneous. Some insights into tumor heterogeneity and progression can be obtained from studies using cell lines, particularly those derived from different anatomical sites. The present study aims to investigate whether hormone-responsive LNCaP and androgen-refractory JCA-1, PC-3, and DU-145 prostate cancer cells are responsive to Yunzhi (YZ), a proprietary dietary supplement prepared from extracts of Trametes versicolor, also known as Coriolus versicolor (a mushroom consumed by Chinese for its purported health benefits), and to elucidate its mechanism of action. Ethanolic extracts (70%) of YZ significantly reduced LNCaP cell growth, down-regulated the levels of secreted PSA, but had less effects on the expression of intracellular PSA and did not affect levels of the androgen receptor. In androgen-unresponsive prostate cancer cells, YZ had a much less pronounced suppressive effect on proliferation of PC-3 and DU-145 cells, compared to LNCaP, and was inactive against JCA-1 cells. Western blot analyses show that the expression of Rb, a key regulatory protein in G1/S transition, and PCNA, integrally involved in mammalian cell DNA replication, were significantly reduced by treatment with YZ in PC-3 and DU-145 cells, respectively. In contradiction, none of these biochemical parameters were affected in JCA-1 cells under identical treatment conditions. Further analysis shows that YZ increased the levels of signal transducer and activator family of transcription factors STAT 1 and STAT 3 in JCA-1 and not LNCaP cells. The greater sensitivity of LNCaP cells to this polysaccharopeptide raises the possibility that YZ may be considered as an adjuvant therapy in the treatment of hormone responsive prostate cancer; additionally, it may have chemopreventive potential to restrict prostate tumorigenic progression from the hormone-dependent to the hormone-refractory state. 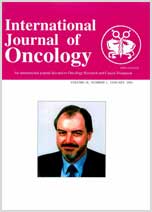