In the present study, a series of seven synthetic croma­kalim analogues were prepared and evaluated for cytotoxic effect on human cervical carcinoma HeLa cells using WST-8 assay. A preliminary screening of these cromakalim analogues showed that 1-[(3S,4R)-4-(2-ethoxy-4-methyl-1H-pyrrol-1-yl)-3-hydroxy- 2,2-dimethylchroman-6-yl-3-phenylurea (compound 6) had the highest cytotoxic effect (IC50 of 138 µM) and significantly inhibited HeLa cell proliferation after 36 h. In an effort to understand the cytotoxic mechanism of compound 6, we examined its effect on apoptosis and cell cycle distribution. Our results showed that compound 6 induced marked changes in apoptotic morphology and significantly increased early apoptosis of HeLa cells after 48 h by using Annexin V-FITC/PI dual staining assay. This apoptotic induction was associated with an increase in Bax expression, a decrease in Bcl-2 expression, release of cytochrome c and subsequent activation of caspase-9 and -3, which indicated that compound 6 induced apoptosis via caspase- and mitochondria-dependent pathway. By DNA content analysis and [3H]thymidine incorporation assay, compound 6 was found to induce an increase in the number of cells in G1 phase, accompanied by a decrease in the S phase to prevent DNA synthesis after 24 h of treatment. In addition, compound 6 caused significant DNA damage, as detected by the alkaline comet assay. Taken together, the data demonstrate that compound 6 induces apoptosis in HeLa cells through caspase- and mitochondria-dependent pathway and this apoptotic effect is associated with cell cycle arrest and DNA damage. These findings provide further understanding of the molecular mechanisms of compound 6 in cervical cancer. 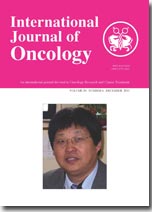