Telomeres are nucleoprotein structures at the ends of chromosomes that are composed of a repetitive G rich sequence and telomeric binding proteins. Telomeres prevent the degradation of chromosomal ends and protect against inappropriate recombination. Telomere attrition involves a tumor suppressor pathway that limits the replication of premalignant cells. The loss of telomeric DNA with each round of replication leads to growth arrest accompanied by senescence or apoptosis. Many tumor cells activate the telomerase gene to bypass senescence. Telomerase is a multisubunit ribonucleoprotein that uses an RNA template to catalyze the addition of telomeric DNA to chromosomal ends. Overexpression of the TERT subunit leads to telomere lengthening and extension of the replicative lifespan. Dominant-negative telomerase has been shown to inhibit telomerase activity in many tumor cell lines, and this is associated with telomere shortening and apoptosis. Additionally, pharmacological telomerase inhibitors have been developed which lead to progressive telomere shortening and programmed cell death. In this study, we report a series of human squamous cell carcinoma cell lines that have high telomerase activity and short telomeres. Dominant-negative telomerase expression and pharmacological telomerase inhibition failed to completely inhibit enzymatic activity which was accompanied by the lack of telomere shortening. These cells continued to proliferate and demonstrated fewer responsive genes when treated with a pharmacological telomerase inhibitor. We concluded that some human squamous cell carcinoma cell lines are resistant to telomerase inhibition. 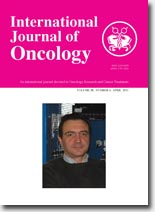