It has been suggested that xenoestrogens, a group of agents termed endocrine disruptors, may contribute to the development of hormone-dependent cancers, such as breast and endometrial cancers. We previously demonstrated that the xenoestrogen, bisphenol A (BPA), was able to induce the transformation in vitro of human breast epithelial cells. The normal-like human breast epithelial cell line, MCF-10F, formed tubules in collagen (3-D cultures), although after treatment with BPA (10-5 M and 10-6 M BPA) the cells produced less tubules (73% and 80%, respectively) and some spherical masses (27% and 20%, respectively). In the present study, expression and DNA methylation analyses were performed in these cells after exposure to BPA. These cells showed an increased expression of BRCA1, BRCA2, BARD1, CtIP, RAD51 and BRCC3, all of which are genes involved in DNA repair, as well as the downregulation of PDCD5 and BCL2L11 (BIM), both of which are involved in apoptosis. Furthermore, DNA methylation analysis showed that the BPA exposure induced the hypermethylation of BCL2L11, PARD6G, FOXP1 and SFRS11, as well as the hypomethylation of NUP98 and CtIP (RBBP8). Our results indicate that normal human breast epithelial cells exposed to BPA have increased expressions of genes involved in DNA repair in order to overcome the DNA damage induced by this chemical. These results suggest that the breast tissue of women with BRCA1 or BRCA2 mutations could be more susceptible to the effects of BPA. 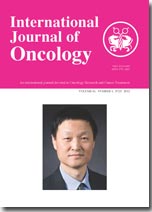