Sonic hedgehog (SHH) signaling pathway promotes the process of angiogenesis, contributing to the growth and progression of many human malignancies including colorectal cancer (CRC), which therefore has become a promising target for cancer chemotherapy. Hedyotis diffusa Willd (HDW), as a well-known traditional Chinese herbal medicine, has long been used in China for the clinic treatment of various cancers. Recently, we reported that HDW can inhibit colorectal cancer growth in vivo and in vitro via suppression of the STAT3 pathway. In addition, we demonstrated the anti-angiogenic activity of HDW in vitro. To further elucidate the mechanism of the tumoricidal activity of HDW, by using a CRC mouse xenograft model we evaluated the in vivo effect of the ethanol extract of HDW (EEHDW) on tumor angiogenesis, and investigated the underlying molecular mechanisms. We found that EEHDW could significantly reduce intratumoral microvessel density (MVD), indicating its activity of antitumor angiogenesis in vivo. EEHDW suppressed the activation of SHH signaling in CRC xenograft tumors since it significantly decreased the expression of key mediators of SHH pathway. EEHDW treatment inhibited the expression of the critical SHH signaling target gene VEGF-A as well as its specific receptor VEGFR2. Taken together, we propose for the first time that Hedyotis diffusa Willd inhibits colorectal cancer growth in vivo via inhibition of SHH-mediated tumor angiogenesis.

Colorectal cancer (CRC) is one of the most common forms of cancer and a leading cause of cancer-related deaths around the world (1). To date, chemotherapy is one of the main therapeutic approaches for patients with advanced CRC (2,3). However, both drug resistance and toxicity limit the effectiveness of current CRC chemotherapy, thus there is a need for the development of new therapeutic agents. Recently, natural products received great interest since they have relatively fewer side-effects and have been used clinically to treat various kinds of diseases including cancer for thousands of years. Numerous plants and their constituents have been shown to possess beneficial therapeutic effects for cancer (4,5). Therefore, discovering naturally occurring agents is a promising approach for cancer chemotherapy.

Angiogenesis plays a critical role in the growth and development of cancer, suggesting that anti-angiogenic therapy is effective in inhibiting tumor progression (6–8). Tumor angiogenesis is regulated by multiple cellular signaling pathways including hedgehog (HH) transduction cascade. HH pathway is important for embryonic development (9) and its aberrant activation is implicated as an initiating or maintaining factor in the progression of various human cancers (9–17). Mammals have three hedgehog homologues (Sonic hedgehog, Indian hedgehog and Desert hedgehog), of which Sonic hedgehog (SHH) is the best studied. Activation of HH signaling is initiated by binding of HH to the transmembrane receptor Patched (Ptch), resulting in the release of Ptch-mediated suppression of Smoothened (Smo), a G-protein-coupled receptor. Released Smo subsequently activates the Gli family of transcription factors that regulate the expression of HH target genes (9,17–19), including vascular endothelial growth factor-A (VEGF-A). VEGF-A is considered as one of the most potent angiogenic factors overexpressed in many human cancers (20–24). VEGF-A secreted from tumor cells primarily binds to specific receptors such as VEGFR-2 that are located on vascular endothelial cells (EC) (17,25–27). Binding of VEGF-A to VEGFR-2 in turn triggers a tyrosine kinase signaling cascade that induces EC proliferation, migration, survival, sprouting and tube formation (17,25,28–30). Thus, inhibition of angiogenesis via modulation of SHH signaling could be a major focus for anticancer drug development.

Hedyotis diffusa Willd (HDW), belonging to the Rubiaceae family, is a medicinal herb widely distributed in Northeast Asia. As a well known traditional Chinese folk-medicine, HDW has long been used as a major component in many traditional Chinese medicine (TCM) formulas for the clinical treatment of various kinds of cancer including CRC (31–33). Recently, we reported that HDW can inhibit cancer growth in vivo and in vitro via suppression of STAT3 pathway (3,34). In addition, we proposed that HDW displays anti-angiogenic activity in vitro(25). However, the precise mechanism of its anticancer activity remains largely unclear. To further elucidate the mechanism of the tumoricidal activity of Hedyotis diffusa Willd, here we evaluated its in vivo effect on colorectal cancer growth and tumor angiogenesis and investigated the underlying molecular mechanisms.

Authentic plant material was purchased from Guo Yi Tang Chinese Herbal medicine store, Fujian, China. The original herb was identified as Hedyotis diffusa Willd (HDW) by Dr Wei Xu at Department of Pharmacology, Fujian University of Traditional Chinese Medicine, China. Ethanol extract of HDW (EEHDW) was prepared as previously described (3). Briefly, 500 g of HDW was extracted with 5,000 ml of 85% ethanol using a refluxing method and filtered. The ethanol solvent was then evaporated on a rotary evaporator (Yarong, Model RE-2000, Shanghai, China). The resultant solution was concentrated to a relative density of 1.05 and the dried powder of EEHDW was obtained by a spraying desiccation method using a spray dryer (Buchi, Model B-290, Flawil, Switzerland). The working concentrations of EEHDW were made by dissolving the extract in saline to a concentration of 0.6 g/ml.

Human colon carcinoma cell line HT-29 was obtained from the American Type Culture Collection (ATCC, Manassas, VA, USA) and grown in DMEM medium supplemented with 10% serum (Gibco-BRL), 100 U/ml penicillin and 100 μg/ml streptomycin in a humidified environment with 5% CO2 at 37°C. Male BALB/C athymic nude mice (with an initial body weight of 20–22 g) were purchased from Shanghai Si-Lai-Ke Experimental Animal Ltd (Shanghai, China). The mice were housed five per cage in specific pathogen-free room in an environment with controlled temperature (22°C), humidity and a 12 h light/dark cycle with free access to water and standard laboratory food. All animal treatments were strictly in accordance with international ethical guidelines and the National Institutes of Health Guide concerning the Care and Use of Laboratory Animals, and the experiments were approved by the Institutional Animal Care and Use committee of Fujian University of Traditional Chinese Medicine.

HT-29 cells (5×106) mixed with Matrigel (1:1) were subcutaneously injected in the right flank area of athymic nude mice to initiate tumor growth. After 5 days of xenograft implantation, mice were randomly divided into two groups (n=10) and given intra-gastric administration with 3 g/kg of EEHDW or saline daily, 6 days a week for 16 days. Tumor diameters were measured at regular intervals with digital calipers and the tumor volume (V) was calculated using the formula: V = (width)2 × length × π/6. At the end of experiment, the animals were anaesthetized and the tumor issue was removed. Blood was obtained aseptically from orbit. Blood-containing tubes were allowed to stand at room temperature for 5 h and serums were obtained by centrifugation at 3, 000 × g for 20 min.

After fixing with 10% formaldehyde for 12 h, tumor samples were processed conventionally for 5-μm-thick paraffin-embedded tumor slides. The slides were subjected to antigen retrieval and the endogenous peroxidase activity was quenched with hydrogen peroxide. After blocking non-specific proteins with normal serum in PBS, slides were incubated with rabbit polyclonal antibodies against CD31, SHH, PTCH-1, SMO, Gli-1, VEGF-A and VEGFR2 (all in 1:100 dilution, Santa Cruz Biotechnology). After washing with PBS, slides were incubated with biotinylated secondary antibody followed by conjugated HRP-labelled streptavidin (Dako) and then washed with PBS. The slides were then incubated with diaminobenzidine (DAB, Sigma Chemicals) as the chromogen, followed by counterstaining with diluted Harris hematoxylin (Sigma Chemicals). After staining, five high-power fields (×400) were randomly selected in each slide, and the average proportion of positive cells in each field were counted using the true color multi-functional cell image analysis management system (Image-Pro Plus, Media Cybernetics, Bethesda, MD, USA). To rule out any non-specific staining, PBS was used to replace the primary antibody as a negative control.

All data are the means of three determinations and data were analyzed using the SPSS package for Windows (Version 11.5). Statistical analysis of the data was performed with Student’s t-test and ANOVA. Differences with P<0.05 were considered statistically significant.

The inhibitory effect of EEHDW on cancer growth was evaluated by measuring tumor volume. We found that administration with EEHDW significantly inhibited tumor growth throughout the study, as compared with the control group (Fig. 1). At the end of experiments, tumor volume per mouse in EEHDW treatment group was 0.37±0.11 cm3, whereas that in control group was 0.82±0.23 cm3 (Fig. 1, P<0.01), demonstrating the therapeutic efficacy of EEHDW against CRC in vivo.

We performed immunohistochemical staining (IHS) for endothelial cell-specific marker CD31, to determine the effect of EEHDW on intratumoral microvessel density (MVD) that is considered as an indicator of tumor angiogenesis and is associated with cancer growth and progression (17). As shown in Fig. 2, the percentage of CD31-positive cells in tumors from EEHDW-treated or control mice was 24.67±5.43 or 35.33±2.88%, respectively (P<0.01), suggesting that inhibition of tumor angiogenesis by EEHDW could have contributed to the inhibition of colorectal tumor growth.

To further investigate the mechanism of anti-angiogenic activity of EEHDW, we examined the expression of VEGF-A, a critical target gene of SHH pathway, as well as the expression of its specific receptor VEGFR2. As shown in Fig. 4, EEHDW treatment obviously decreased the mRNA and protein expression levels of VEGF-A and VEGFR2 in CRC tumor tissues (P<0.01).

Angiogenesis has become an attractive target for anticancer chemotherapy due to its critical role for the progression and metastasis of solid tumors. A number of anti-angiogenic agents are currently in preclinical development, with some of them now entering the clinic trials. However, due to the intrinsic cytotoxicity against non-tumor associated endothelial cells, long-term use of angiogenesis inhibitors usually causes cardiovascular complications such as impaired wound healing, bleeding, hypertension and thrombosis (35–37). Therefore, discovering novel antitumor agents with minimal adverse effects is needed. Natural products, including traditional Chinese medicine (TCM), have relatively fewer side-effects and have been used clinically to treat various kinds of diseases including cancer for thousands of years. Hedyotis diffusa Willd (HDW), a well known traditional Chinese folk-medicine, has long been used as a major component in several TCM formulas for the clinical treatment of various kinds of cancer including colorectal cancer (CRC) (3). Recently, we reported that HDW can inhibit cancer growth in vivo and in vitro via suppression of STAT3 pathway (3,34) and displays anti-angiogenic activity in vitro(25). However, the mode of action for its antitumor effect is still largely unknown.

In the present study we confirmed that the ethanol extract of Hedyotis diffusa Willd (EEHDW) could inhibit cancer growth in vivo, consistent with our previous study (34). More importantly, by using immunohistochemical (IHC) staining for the endothelial cell-specific marker CD31 we found that EEHDW significantly reduced the intratumoral microvessel density (MVD), demonstrating its in vivo anti-angiogenic activity. Tumor angiogenesis is tightly regulated by Sonic hedgehog (SHH) pathway. Activation of HH signaling upregulates the expression of VEGF-A which is the strongest angiogenesis stimulator (20,21,29,30,38). VEGF-A exerts its pro-angiogenic function via binding to its specific receptors including VEGFR2 which is located on vascular endothelial cells (EC) (25–29), leading to series of angiogenic processes (29,30). In this study we found that EEHDW treatment inhibited the activation of SHH pathway in tumor tissues since EEHDW significantly suppressed the mRNA and protein expression of several key mediators of SHH signaling, including SHH, PTCH-1, SMO and GLi-1. Consistently, administration of EEHDW profoundly reduced the expression of VEGF-A and VEGFR2 in vivo, at both transcriptional and translational levels.

In conclusion, here for the first time we demonstrate that Hedyotis diffusa Willd inhibits colorectal cancer growth in vivo via inhibition of SHH-mediated tumor angiogenesis, which may in part explain its anticancer activity. 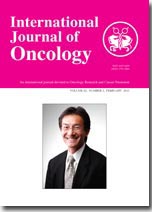