Pancreatic cancer (PC) is a lethal type of cancer for which effective therapies are limited. Long non‑coding RNAs (lncRNAs) represent a critical type of regulator category, mediating the tumorigenesis and development of various tumor types, including PC. However, the expression patterns and functions of numerous lncRNAs in PC remain poorly understood. In the present study, linc01614 was identified as a PC‑related lncRNA. linc01614 was notably upregulated in PC tissues and cell lines and was associated with the poor disease‑free survival of patients with PC according to the analysis of The Cancer Genome Atlas‑derived datasets. Functionally, linc01614 knockdown suppressed PC cell proliferation, migration and invasion in vitro, and inhibited tumor proliferation in vitro and in vivo. Mechanistically, linc01614 overexpression stabilized the level of β‑catenin protein to hyperactivate the WNT/β‑catenin signaling pathway in PC cells. Further analyses revealed that linc01614 bound to GSK‑3β and perturbed the interaction between GSK‑3β and AXIN1, thereby preventing the formation of the β‑catenin degradation complex and reducing the degradation of β‑catenin. In summary, the present findings reveal that linc01614 may function as an oncogene and promote the progression of PC and may thus be considered as a potential therapeutic target in the future. 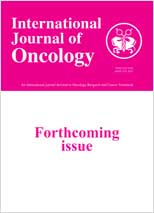