Sirtuin 6 (SIRT6) is a member of the sirtuin deacetylases (sirtuins), which are derivatives of the yeast Silent information regulator 2 (Sir2) protein. SIR2 and its mammalian derivatives play a central role in epigenetic gene silencing, recombination, metabolism, cell differentiation and in the regulation of aging. In contrast to most sirtuins, SIRT6 lacks NAD+-dependent protein deacetylase activity. We have isolated and characterized the human Sirt6 genomic sequence, which spans a region of 8,427 bp and which has one single genomic locus. Determination of the exon-intron splice junctions found the full-length SIRT6 protein to consist of 8 exons ranging in size from 60 bp (exon 4) to 838 bp (exon 8). The human Sirt6 open reading frame encodes a 355-aa protein with a predictive molecular weight of 39.1 kDa and an isoelectric point of 9.12. Characterization of the 5' flanking genomic region, which precedes the Sirt6 open reading frame, revealed a TATA- and CCAAT-box less promoter with an approximately 300-bp long CpG island. A number of AML-1 and GATA-x transcription factor binding sites were found which remain to be further evaluated experimentally. Fluorescence in situ hybridization analysis localized the human Sirt6 gene to chromosome 19p13.3; a region which is frequently affected by chromosomal alterations in acute leukemia. Human SIRT6 appears to be most predominantly expressed in bone cells and in the ovaries while, in the bone marrow, it is practically absent. The functional characteristics of SIRT6 are essentially unknown at present and remain to be elucidated. 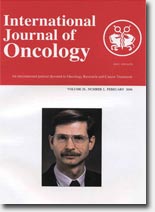