The aim of the study is to evaluate the differences of protein binding of NAMI-A, a new ruthenium drug endowed with selective antimetastatic properties, and of cisplatin and to ascertain the possibility to use two drugs based on heavy metals in combination to treat solid tumour metastases. For this purpose, we have developed a technique that allows the proteins, to which metal drugs bind, to be identified from real protein mixtures. Following incubation with the drugs, the bands containing platinum and/or ruthenium are separated by native PAGE, SDS-PAGE and 2D gel electrophoresis, and identified using laser ablation inductively coupled plasma mass spectrometry. Both drugs interact with essentially the same proteins which, characterised by proteomics, are human serum albumin precursor, macroglobulin α2 and human serotransferrin precursor. The interactions of NAMI-A are largely reversible whereas cisplatin forms stronger interactions that are less reversible. These data correlate well with the MCa mammary carcinoma model on which full doses of NAMI-A combined with cisplatin show additive effects as compared to each treatment taken alone, independently of whether NAMI-A precedes or follows cisplatin. Furthermore, the implication from this study is that the significantly lower toxicity of NAMI-A, compared to cisplatin, could be a consequence of differences in the mode of binding to plasma proteins, involving weaker interactions compared to cisplatin. 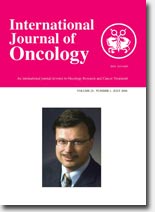