The treatment of choice for esophageal cancer is considered surgical resection, but a median survival of around 20 months after treatment is still discouraging. The value of adjuvant or neoadjuvant radiation or chemotherapy is limited and to date, benefits have only been described for certain tumor stages. Therefore, new therapeutic options are required. As alternative chemotherapeutics, we tested the antibiotic taurolidine (TRD) on KYSE 270 human esophageal carcinoma cells alone and in combination with rhTRAIL (TNF related apoptosis-inducing ligand). Viability, apoptosis and necrosis were visualized by TUNEL assay and quantitated by FACS analysis. Gene expression was analysed by RNA microarray. The most effective concentration of TRD as single substance (250 µmol/l) induced apoptosis to a maximum of 40% after 12-h dose dependently, leaving 4% viable cells after 48 h; by comparison, rhTRAIL did not have a significant effect. The combination of both substances doubled the effect of TRD alone. Gene expression profiling revealed that TRD downregulated endogenous TRAIL, TNFRSF1A, TRADD, TNFRSF1B, TNFRSF21, FADD, as well as MAP2K4, JAK2 and Bcl2, Bcl2l1, APAF1 and caspase-3. TNFRSF25, cytochrome-c, caspase-1, -8, -9, JUN, GADD45A and NFKBIA were upregulated. TRAIL reduced endogenous TRAIL, Bcl2l1 and caspase-1 expression. BIRC2, BIRC3, TNFAIP3, and NFKBIA were upregulated. The combined substances upregulated endogenous TRAIL, NFKBIA and JUN, whereas DFFA and TRAF3 were downregulated compared to TRD as single substance. We conclude that TRD overcomes TRAIL resistance in KYSE 270 cells. Synergistic effects are dependent on the same and on distinct apoptotic pathways which, jointly triggered, result in an amplified response. Several apoptotic pathways, including the TNF-receptor associated and the mitochondrial pathway, were differentially regulated by the substances on gene expression level. Additionally transcription factors seem to be influenced, NFKB in particular. Endogenous TRAIL expression is increased by the combination of substances, whereas it is reduced by each single substance. Taking into consideration that the non-toxic TRD was able to reduce rhTRAIL toxicity and dose, combined therapy with TRD and rhTRAIL may offer new options for treatment in esophageal cancer. 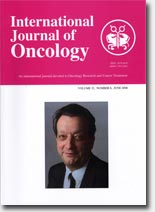