The secreted protein acidic and rich in cysteine (SPARC) is a secreted glycoprotein that plays an essential role in promoting the motility of invasive tumor cells. In the present study, we investigated the role of SPARC in the motile and invasive activities of human glioma cells by silencing the SPARC gene. Introduction of SPARC-targeted small interfering RNA (siRNA) into glioma cell lines resulted in downregulation of SPARC expression, and significantly suppressed glioma cell migration in vitro. Furthermore, invasiveness was significantly reduced in the cells transfected with SPARC siRNA compared with those transfected with control siRNA. In an organotypic brain slice model, co-culture of glioma spheroids and rat brain slices showed that SPARC siRNA-transfected glioma cells failed to invade the surrounding normal brain tissue. In addition, intracerebral injection of glioma cells transfected with SPARC siRNA in nude mice resulted in the formation of a non-invasive tumor, whereas injection of cells transfected with control siRNA resulted in diffuse invasive tumors. Since SPARC was exclusively expressed in the invasive zone of the tumor margin and the area surrounding tumor necrosis, we investigated the relationship between SPARC expression and hypoxic stress. SPARC expression was upregulated under hypoxic stress of 1% oxygen concentration in glioma cells. Silencing hypoxia-inducible factor-1α with siRNA reduced the overexpression of SPARC induced under hypoxic conditions. These results suggest that SPARC plays an essential role in the invasive activity of human glioma cells, under hypoxic conditions. Downregulation of SPARC may be a novel anti-invasion therapeutic strategy for malignant gliomas. 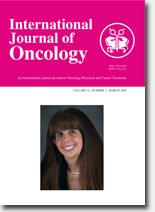