Systematic review of single‑port vs. multi‑port surgery for rectal cancer

We had systematically collected useful studies from MEDLINE, PubMed and Cochrane Library from 2010 to 2018. The search items were ‘Single incision’, ‘single port’, ‘single site’, ‘SILS’ and ‘rectal cancer’. Manual searches of references from relevant articles were performed when necessary. MPS was defined as laparoscopic surgery using three or more ports by a small incision. SPS was defined as laparoscopic surgery using only one port by a small incision. Articles were selected if the abstract contained data on patients who underwent SPS for rectal cancer. Publications were included if they were randomized controlled trials, case-matched controlled trials, or comparative observational studies, in which patients underwent SPS for rectal cancer. Studies were excluded if they were non-comparative studies, or including surgery involving colon cancer or rectosigmoid cancer. Review articles, conference abstracts, case, letter and other unqualified articles were excluded.

We found 115 potentially relevant publications by using the above search strategy. Twenty-six publications on robotic-assisted laparoscopic surgery and 36 publications on transanal minimal invasive surgery were excluded. After reviewing titles and abstracts of 53 articles, five review articles, 30 irrelevant articles, and 13 articles on surgical technique were excluded. Finally, five studies were eligible in this review, which included one randomized trial and four comparative studies. All patients who underwent SPS or MPS were confirmed pathologically for rectal cancer (7-11). The flowchart of the selection process for studies included in this review is presented in Fig. 1. We considered that one randomized controlled trail had low quality, and four non-randomized controlled trails had moderate or high quality.

SPS for colorectal disease was first described in 2008 (14,15), and has been reported the better short-term surgical outcomes in comparison to MPS since then. However, most of the reports on SPS are concerned with colon cancer (4-6), and whether SPS is better than MPS for rectal cancer still remains unclear.

This systematic review is to compare the clinical outcomes of SPS vs. MPS in patients with rectal cancer. The major findings of this analysis show that SPS for rectal cancer is a safe and feasible approach (as deemed by 16.8% of patients requiring an additional port and 0.8% requiring conversion to open surgery), and yields adequate short-term surgical outcomes (e.g., morbidity of 28.0% and mortality of 2.4%) and satisfactory oncological outcomes (e.g., R0 resection rate of 99.0%).

With regard to operative factors, two studies reported that operative time was significantly longer in the SPS group and two studies reported that the blood loss is significantly less in the SPS group. Kim et al reported that the learning curve of SPS for sigmoid colon cancer was 61-65 cases according to multidimensional statistical analyses (16). Li et al reported that the experienced MPS surgeons achieved the technical competence after the 44th case of SPS plus one port in patients with sigmoid colon cancer and upper rectal cancer (17). SPS for rectal cancer is technically more challenging and require more cases for proficiency, and we consider this result is likely little of statistical significance.

The conversion rate to open surgery was significantly lower in the SPS group than in the MPS group (0.8 vs. 5.4%, P=0.032). However, 16.8% in the SPS group had required an additional port to complete the operation, due to fixation of tumor, severe pelvic fibrosis or distal rectum division. In a previous study, the conversion rate of SPS for rectal cancer was 8% (18). Hirano et al reported that SPS plus one port was safe and feasible for rectal cancer to overcome the technical difficulties, including mobilization and rectum division (19). We suggest that it is most reasonable to insert an additional port at the time when SPS is judged technically difficult.

With regard to postoperative outcomes, the morbidity and mortality rate in the SPS group were 28.0 and 2.4%, respectively, and comparable to the short-term outcomes of conventional laparoscopic surgery for rectal cancer in a recent randomized control trial (20). Anastomotic leakage, reoperation, postoperative hospital stay and readmission were similar in both groups, and also comparable to the above trial.

This systematic review being compared the clinical outcomes between the SPS and MPS for rectal cancer has several important limitations. First, five studies composed of one randomized controlled study and four non-randomized studies with small number of patients, which were not the highest quality of evidence, were a limitation that might be affect the outcomes and induce selection bias, although the majority of the assessed outcomes across all papers had no dramatic conflicts in the findings. Second, there is a difference in terms of preoperative assessment, including tumor location (upper rectum, lower rectum, or distance from anal verge), clinical TNM classification and preoperative treatment. Third, there is a possibility that the results may be influenced by various surgical techniques and devices in the SPS group. Fourth, the long-term oncological outcome is controversial because of insufficient follow-up period after surgery.

This study confirmed the safety and feasibility of SPS for rectal cancer, with slighter postoperative pain, lower conversion rate to open surgery, lower postoperative complication rate and satisfactory oncological clearance. In the future, more randomized controlled trials with a large number of cases are needed to demonstrate the clinical and prognostic impact of the SPS for rectal cancer.

All the datasets generated and analyzed during the present study are available from the corresponding author on reasonable request.

The authors declare that the have no competing interests. 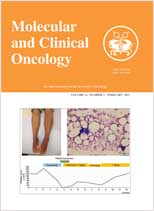