The expression of genes is altered in various diseases and is responsible for the disease's initiation, progression and pathology. Several other genes, predominantly inactivated, may become activated in a given condition and contribute to the initiation and progression of the disease. Similarly, human endogenous viruses (HERVs) are an incomplete, non‑productive and inactive viral sequence present in the heterochromatin of the human genome, and are often referred to as junk DNA. HERVs were inserted into the host genome millions of years ago. However, they were silenced due to multiple mutations and recombination that occurred over time. However, their expression is increased in cancers due to either epigenetic or transcriptional dysregulation. Some of the HERVs having intact open reading frames have been reported to express virus‑like particles, functional peptides and proteins involved in tumorigenesis. To summarize, there is involvement of different HERVs in the initiation and progression of several cancers. The present review aims to provide concise information on HERV and its involvement in the initiation and progression of multiple types of cancer. 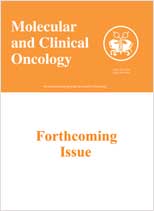