Advancement in systemic therapy has increased the importance of local control (LC) of bone metastatic sites treated with radiotherapy in intermediate‑term survivors (surviving ≥1 year). To establish individualized radiotherapy for bone metastases, factors affecting LC of bone metastases treated with traditional fractionated moderate dose palliative radiotherapy (FMRT) in intermediate‑term survivors were evaluated. Between January 2010 and December 2019, 317 lesions in 240 patients treated with FMRT for bone metastases surviving for at least 1 year and followed‑up with CT for at least 6 months were reviewed retrospectively. The median survival and radiographic follow‑up times were 24 months (range, 12‑123 months) and 20 months (range, 1‑119 months), respectively. The median FMRT dose [biologically effective dose (BED)10] was 39.0 Gy (range, 28.0‑71.7 Gy). Multivariate analysis revealed that age (≥70 years), non‑vertebral bone metastasis, bone metastasis from moderate and unfavorable primary tumor sites (esophageal, colorectal, hepatobiliary/pancreatic, kidney/ureter and sarcoma/melanoma cancers), and no administration of post‑FMRT bone‑modifying agents (BMAs) were unfavorable factors for LC of bone metastasis. The 2‑year LC rates for FMRT doses (BED10) ≤39.0 Gy and >39.0 Gy were 90 and 87%, respectively. The 2‑year LC rates of patients administered and not administered post‑FMRT antineoplastic agents (ATs) were 91 and 78%, respectively. The sites of bone metastasis and primary tumors, and post‑FMRT BMAs were factors associated with LC of bone metastasis in long‑term survivors. However, a FMRT dose (BED10) ≥39.0 Gy and post‑FMRT ATs were not significant factors.

In addition, patients who survived for <1 year after radiotherapy (n=420), had follow-up CT for <6 months after radiotherapy excluding regrowth (n=6), and had single fraction radiotherapy of 8 Gy (n=8) were excluded. Finally, we retrospectively evaluated LC of 317 lesions in 240 patients with bone metastasis treated with FMRT (Fig. 1). This retrospective study was approved by the appropriate institutional review boards of Ehime University Hospital (1912010), Shikoku Cancer Center (RIN2019-79), and Saiseikai Imabari Hospital (I2-1-2), and we applied the opt-out method to obtain consent for this study.

For the purpose of the present study, local failure was defined as enlargement of lytic change or extraosseous mass at the FMRT sites of bone metastases based on the size of osteolytic change before FMRT as a reference. Two observers (a radiologist and a radiation oncologist) were blinded to the follow-up information and outcomes during the evaluation of the images.

The doses of FMRT were determined at the discretion of each physician and institution. The most common dose administered was 30 Gy in 10 fractions. To compare the various fractionated schedules, BED was calculated. The BED10 (BED calculated using an α/β of 10 Gy) was calculated using the equation: n x d (1 + d/(α/β)), where d is the fraction dose, n is the number of fractions, and α/β is 10 Gy.

The time of survival and LC of the FMRT sites was calculated from the beginning of FMRT. The Kaplan-Meier method was used to generate the LC curves. Cox proportional hazards models were used to determine hazard ratios (HRs), including 95% confidence intervals (CIs), and P-values. Univariate and multivariate analyses were used to assess the predictive factors associated with LC rates of FMRT sites. Statistical significance was defined as a two-sided P-value <0.05. Statistical analyses were performed using JMP software (JMP version 14.3.0; SAS Institute, Cary, NC, USA).

LC according to primary tumor sites

LC rates after FMRT and results of univariate and multivariate analyses.

LC according to FMRT dose (BED10)

LC according to FMRT sites

LC according to other factors

In our present study, LC did not differ according to the FMRT dose in intermediate-term survivors, in contrast to the results of our previous study (10). The selection bias of including only patients who survived for >1 year in this study could have resulted in the relatively high number of patients with indolent tumors and a good response to systemic therapy. Although the palliative radiotherapy for bone metastases does not contribute to prolonged prognosis (12), SBRT was associated with an improvement in overall survival in patients with oligometastatic paradigm (13). In the cases of non-oligometastatic bone metastases, FMRT was an acceptable option in terms of the LC of FMRT sites even when intermediate-term survival was expected.

In contrast to the results of our previous study, the administration of post-FMRT ATs did not improve the LC of FMRT sites (10), perhaps due to the indolent nature of the tumors in intermediate-term survivors without post-FMRT ATs. Furthermore, Ahmed et al (22) showed that the radiation sensitivity of each metastatic site was different according to the anatomical location of metastases, even if each metastasis occurred from the same primary tumor site. In addition, the development and progression of bone metastases are influenced by osteoclasts and osteoblasts, which are different from the microenvironment of other metastases (23,24). Even when a comparatively low FMRT dose (≤39.0 Gy) and no post-FMRT ATs are used to treat bone metastasis, local regrowth may be restricted by the damage to osteoclasts and osteoblasts.

This study had some limitations due to its retrospective nature. First, overall survival could not be evaluated because only patients surviving ≥1 year were included in this study. Second, although some studies examined the prognostic factors in patients with bone metastases (25,26), our study could not investigate the relationship between prognosis and LC of FMRT sites because the large number of missing values (general condition, the severity of spinal cord palsy, the number of bone metastases, and metastases to the major internal organs) limited the detailed evaluation. Third, in this study, although the tumor aggressiveness is relatively homogeneous because only cases that survived >1 year were evaluated, the influence of tumor aggressiveness could not be completely excluded. Therefore, careful interpretation of the results is necessary. Furthermore, tumor aggressiveness may depend on the unfavorable group (primary tumor sites) and systemic control. However, because some patients in the unfavorable group survived for ≥1 year and had local failure within a few months, increased intensity treatment may be necessary for these cases. Finally, this study was substantially affected by the small number of recurrences that occurred compared with our previous study (10); thus, future studies are required to verify these results. In addition, this study aimed to investigate LC in patients surviving for ≥1 year, in contrast to our previous study (10). In patients with a short prognosis, pain relief with a single-fraction radiotherapy is optimal. In cases with a long prognosis (especially oligometastatic bone lesion), SBRT may be preferable. However, in cases with intermediate prognosis, it is often difficult to select an appropriate irradiation dose in clinical practice. Based on the results of the previous study alone, it was difficult to consider cases in which FMRT is truly preferable. Therefore, this study focusing on LC of bone metastases with palliative radiotherapy could help in determining the appropriate radiation dose in cases with intermediate prognosis.

KM and YH designed the study concepts and confirm the authenticity of all the raw data. KM and YH prepared the manuscript and MK and HK edited the manuscript. KM, YH, HK, MK, SY, KN, HI, NT, ST, KU and TK collected patient data, were involved in the data analysis, drafted the article and collaborated in the discussion. All authors read and approved the final manuscript. 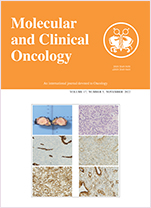