Methyl p‑hydroxycinnamate (MH), an esterified derivative of p‑Coumaric acid exerts anti‑inflammatory effects on lipopolysaccharide (LPS)‑stimulated RAW264.7 macrophages. Based on these effects, the present study investigated the protective role of MH in a mouse model of LPS‑induced acute respiratory distress syndrome (ARDS). The results demonstrated that administration of LPS (5 mg/kg intranasally) markedly increased the neutrophil/macrophage numbers and levels of inflammatory molecules (TNF‑α, IL‑6, IL‑1β and reactive oxygen species) in the bronchoalveolar lavage ﬂuid (BALF) of mice. On histological examination, the presence of inflammatory cells was observed in the lungs of mice administered LPS. LPS also notably upregulated the secretion of monocyte chemoattractant protein‑1 and protein content in BALF as well as expression of inducible nitric oxide synthase in the lungs of mice; it also caused activation of p38 mitogen‑activated protein kinase (MAPK) and NF‑κB signaling. However, MH treatment significantly suppressed LPS‑induced upregulation of inflammatory cell recruitment, inflammatory molecule levels and p38MAPK/NF‑κB activation, and also led to upregulation of heme oxygenase‑1 (HO‑1) expression in the lungs of mice. In addition, the ability of MH to induce HO‑1 expression was confirmed in RAW264.7 macrophages. Taken together, the findings of the present study indicated that MH may exert protective effects against airway inflammation in ARDS mice by inhibiting inflammatory cell recruitment and the production of inflammatory molecules.

Methyl p-hydroxycinnamate (MH) is an esterified derivative of p-Coumaric acid that has been shown to possess anti-lipid peroxidation activity (17). Previously, the anti-inflammatory properties of MH were confirmed in LPS-stimulated RAW264.7 macrophages (18); MH strongly inhibited the production of TNF-α and IL-1β, which serve as clinical predictors in ALI/ARDS (1,5). Based on these previous results, MH may exert ameliorative effects on ARDS. Therefore, the present study aimed to investigate the potential protective role of MH against pulmonary inflammation in a mouse model of LPS-induced ARDS.

RAW264.7 cells were purchased from American Type Culture Collection and maintained in DMEM supplemented with 10% FBS and 1% antibiotic/antimycotic solution (all Invitrogen; Thermo Fisher Scientific, Inc.) in 5% CO2 (37°C). To detect HO-1 expression, cells were seeded into 6-well plates (5×105 cells/well) and incubated at 37°C with 5, 10 and 20 µM MH (SynQuest Laboratories, Inc.) for 16 h.

Male C57BL/6 mice (n=24; age, 6 weeks; weight, 18–20 g) were purchased from Koatech Co., Ltd. and were housed in specific-pathogen-free cages (22–23°C; 55–60% humidity; 12 h light/dark cycle) with free access to food and water. The animal experimental procedures were approved by the Institutional Animal Care and Use Committee of the Korea Research Institute of Bioscience and Biotechnology (Ochang, Korea). To induce ARDS in mice, the dosage of LPS was selected based on previous studies (5,8). In brief, mice were intranasally exposed to LPS (5 mg/kg, 40 µl) on day 0. At 1 h after LPS administration, MH and dexamethasone (DEX; positive control) were intraperitoneally administered on days 0–2. The mice were randomly divided into four groups (n=6/group) as follows: i) Normal control (NC; treated with normal saline, i.p.); ii) ARDS (LPS); iii) DEX (LPS + 1 mg/kg DEX, i.p.) and iv) MH 15 (LPS + 15 mg/kg MH, i.p.). DEX and MH were dissolved with 1% DMSO and 1% Tween-20 in PBS.

To evaluate the number of inflammatory cells and levels of inflammatory molecules in bronchoalveolar lavage fluid (BALF), BALF was collected as previously described (19). The mice were anesthetized with Zoletil 50 (30–50 mg/kg i.p.; Virbac) and xylazine (5–10 mg/kg i.p.; Bayer-Korea, Ltd.) on day 3, as previously described (19). Tracheal PBS perfusion was performed 24 h after the final intraperitoneal treatment of MH and DEX, and BALF was collected from all groups. Then, BALF cells were mounted on glass slides, stained with Diff-Quik® solution at room temperature for 30 sec (Sysmex Co., Ltd.) to distinguish the cells according to morphology and then manually counted under a light microscope (magnification, ×400). The levels of TNF-α, IL-6 and IL-1β in BALF were determined using ELISA kits according to the manufacturer's instructions (cat. nos. 558534, 555240 and 559603, respectively; all BD Biosciences, Inc.). To evaluate the level of intracellular ROS activity, BALF cells were maintained with 20 µM 2′,7′-dichloroflurorescein diacetate (Sigma-Aldrich; Merck KGaA) for 10 min at 37°C as previously described (20). Then, fluorescence was detected using a plate reader (wavelength, 488 nm excitation and 525 nm emission). The levels of total protein content in BALF were determined using a BCA assay kit (Thermo Fisher Scientific, Inc.) according to the manufacturer's protocol.

The degree of edema was determined as the ratio of lung W/D weight. Briefly, lungs were collected from the mice, washed with PBS to remove blood and weighed with electronic balance (wet weight). Then, the lungs were dried at 60°C for 48 h in an incubator before measuring dry weight. The calculation of W/D ratio was determined to evaluate the lung edema as previously described (13).

To confirm histological changes, lung tissue was isolated from mice and fixed at room temperature for 48 h with 10% formalin. Then, the lungs were embedded in paraffin, cut into 4-µm sections using a microtome and stained with hematoxylin and eosin (H&E) at room temperature for 5 and 1 min, respectively. The levels of inflammatory cells in the airway were quantitatively measured using ImageJ software (version 1.50e; National Institutes of Health).

According to the procedure in Fig. 1, the protective effect of MH on LPS-induced ARDS in mice was assessed. The inhibitory effect of MH on neutrophil recruitment was investigated; a significant increase in neutrophil numbers was confirmed in the BALF of LPS-induced ARDS mice (Fig. 2A and B). This increase was lower in BALF of the MH15 group compared with the ARDS group. Similar to its effects on neutrophils, MH treatment also suppressed the increase in numbers of macrophages in the BALF of ARDS mice. In addition, western blotting indicated that the expression of CD68, which is a marker of pro-inflammatory M1 macrophages, was significantly increased in lungs of LPS-induced ARDS mice (Fig. 2C). However, MH treatment decreased this increase in lungs of ARDS mice. The inhibitory effects of 15 mg/kg MH were similar to those of 1 mg/kg DEX, which was used as a positive control.

Next, it was investigated whether MH exerted inhibitory effects on the levels of inflammatory molecules. A significant increase in TNF-α, IL-6 and IL-1β levels was observed in the BALF of LPS-induced ARDS mice (Fig. 3A-C). MH treatment significantly inhibited this increase. The increased levels of ROS in the BALF of ARDS mice was also decreased by MH treatment (Fig. 3D). The inhibitory ability of 15 mg/kg MH on the levels of these molecules was similar to that of 1 mg/kg DEX, which was used as a positive control.

H&E staining showed that the influx of inflammatory cells around the airway was higher in the lungs of LPS-induced ARDS mice compared with the NC group, whereas this trend was decreased in ARDS mice receiving MH treatment (Fig. 4A and B). In addition, the results of ELISA demonstrated that MH treatment attenuated the LPS-induced MCP-1 secretion in the BALF of mice (Fig. 4C). MH exerted an inhibitory effect on LPS-induced increase of ratio of lung W/D weight (Fig. 4D). Furthermore, MH decreased LPS-induced upregulation of total protein content in BALF of mice (Fig. 4E), showing that MH exerted a regulatory effect in LPS-induced inflammatory cell influx and lung edema. The inhibitory effects of 15 mg/kg MH on the level of inflammatory cell infiltration and lung edema were similar to that of 1 mg/kg DEX, which was used as a positive control.

Effects of MH on iNOS expression in LPS-induced ARDS mice

Increased p38 phosphorylation was confirmed in the lungs of LPS-induced ARDS mice, whereas this was significantly reversed by MH treatment (Fig. 6A and B). Similar to these results, MH exerted inhibitory effects on LPS-induced upregulation of IκB and NF-κB phosphorylation (Fig. 6C and D). In total, the inhibitory ability of 15 mg/kg MH on the activation of p38MAPK and NF-κB was similar to that of 1 mg/kg DEX, which was used as a positive control.

Effects of MH on HO-1 induction in lungs of mice and RAW264.7 macrophages

Accumulating evidence has shown that endotoxins cause pulmonary inflammation by inducing excessive production of TNF-α, IL-6, IL-1β, ROS and MCP-1, thereby leading to organ dysfunction and lung edema during the pathogenesis of ALI/ARDS (5,22–24). Macrophages and neutrophils accelerate pulmonary inflammation by participating in the production of these molecules (5). Thus, regulation of these cell-derived inflammatory molecules may ameliorate the development of ALI/ARDS. The aim of the present study was to confirm the inhibitory effect of MH on neutrophil/macrophage recruitment and the production of TNF-α, IL-6, IL-1β, ROS and MCP-1 in mice with LPS-induced ARDS. The present study demonstrated that MH exerted an ameliorative effect on the recruitment of inflammatory cells (neutrophils and macrophages), production of cytokines and chemokines and lung edema. In addition, the inhibitory effect of MH on inflammatory cell infiltration of lung tissue was also confirmed by histological examination. These results indicated that MH may exert protective effects by suppressing pulmonary inflammation in ALI/ARDS mice by controlling inflammatory cell recruitment and inflammatory molecule secretion.

Increased iNOS-induced NO generation contributes to the formation of peroxynitrite, which leads to vascular leakage and organ injury in ALI/ARDS (25). Researchers have reported that iNOS inhibitors effectively relieve inflammatory response in in vivo studies of ALI/ARDS (26,27). In a previous study, MH was shown to exert inhibitory effects on both iNOS and NO production in LPS-induced RAW264.7 macrophages (18). In the present study, the inhibitory effect of MH on iNOS expression was confirmed in ARDS mice. These results collectively suggest that MH may serve as an iNOS inhibitor in ALI/ARDS.

Activation of p38 MAPK is associated with ROS generation (28,29). Inhibition of p38 relieves pulmonary inflammation in mice with ALI/ARDS (30,31). Accumulating evidence has shown that suppression of NF-κB activation ameliorates airway inflammation by downregulating inflammatory cytokines, chemokines and mediators (6,32–34) in in vivo studies on ALI/ARDS. Therefore, therapeutic approaches to inflammatory diseases, including ALI/ARDS, have focused on the regulation of these signaling pathways. Based on these studies, the role of MH in the regulation of p38 MAPK and NF-κB activation was examined. In the present study, MH was shown to exert suppressive effect on LPS-induced p38 MAPK/NF-κB activation, indicating that the protective effects of MH were mediated not only by regulating inflammatory molecule production, but also by p38 MAPK/NF-κB activation.

LPS-induced ROS generation leads to excessive inflammation and oxidative damage (35,36) and the induction of the antioxidant protein HO-1 exerts protective effects against LPS-induced pulmonary inflammation and oxidative stress in mice (6,19,37,38). Inhibition of expression of cytokines (TNF-α, IL-6 and IL-1β), chemokines (MCP-1) and inflammatory mediators (iNOS) and of activation of p38MAPK/NF-κB is accompanied by HO-1 upregulation. The present study confirmed that MH inhibited the production of TNF-α, IL-6, IL-1β, MCP-1 and ROS, expression of iNOS and p38 MAPK/NF-κB activation. Based on these results, the present study investigated whether MH leads to HO-1 induction. The results revealed the ability of MH to induce HO-1 expression both in vivo and in vitro, suggesting that MH has antioxidant properties that may be associated with its anti-inflammatory activity.

In conclusion, the present study demonstrated that MH effectively ameliorated pulmonary inflammation in LPS-induced ARDS mice. This effect was accompanied by suppression of p38MAPK/NF-κB activation. In addition, MH led to an increase in HO-1 expression. Thus, MH may be of value as an adjuvant for the treatment of ALI/ARDS.

The experimental procedures were approved by the Institutional Animal Care and Use Committee of the Korea Research Institute of Bioscience and Biotechnology (Ochang, Korea; approval no. KRIBB-AEC-21111). 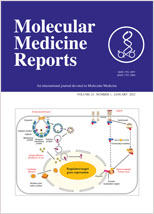