Signal transducer and activator of transcription 3 (STAT3) is constitutively activated in diverse human cancers, including human lung cancer. In this study, STAT3β, a dominant negative (DN) form of STAT3, was used to block activated STAT3 in human lung cancer cells and to confirm the effects of DN STAT3 on lung cancer cell proliferation and invasion in?vitro. The results showed that the pIRES-STAT3β plasmid is efficiently transfected into and overexpressed in human lung cancer cells. Overexpressed STAT3β specifically blocked STAT3 transcriptional activation, inhibiting the proliferation and augmenting the apoptosis of human lung cancer cells. This was associated with the down-regulation of the anti-apoptotic gene bcl-xl and the cell cycle gene cyclin D1. Additionally, the invasive activity of A549 and PG cells was significantly inhibited by overexpressed STAT3β, and was accompanied by a decrease in matrix metalloproteinase-2 activation. These findings suggest that interfering with the DN STAT3, STAT3β, may induce potent antitumor activity. STAT3? is therefore a potential candidate for the treatment of human lung cancers with high metastasic ability. 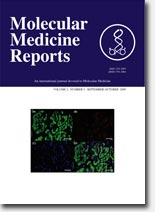