The use of anticancer drugs in palliative settings is often limited by their severe toxic effects. In gastrointestinal carcinomas the 5-fluorouracil-based palliative regimen FOLFOX-4 is often preferred to the equally effective, but more convenient oral capecitabine-based regimen XELOX. This preference is mainly based on the fact that the highly effective oral agent capecitabine induces hand-foot syndrome (HFS). In this study, we investigated whether the continuous administration of skin prophylaxis (10% urea, panthenol, bisabolol, vitamin A, C and E) is capable of protecting against capecitabine-induced HFS and allowing a more convenient oral therapeutic option. In this retrospective analysis, the toxicity profiles, according to NCI CTCAE 3.0 criteria, of 54 patients with gastrointestinal cancer who received either XELOX (34 patients) or FOLFOX-4 (20 patients) were compared using Fisher tests. The treatment protocols that were compared, herein, did not differ significantly in the majority of the analyzed items, with the exception of increased nausea (XELOX-70), fatigue (XELOX-130) and tumor pain (XELOX-70 and XELOX-130). No significant differences were observed among the various groups with regard to emesis, diarrhea, mucositis, exanthema, alopecia, loss of weight and the incidence of infections. In particular, no significant differences in toxicity levels occurred in terms of dose, and HFS was limited if skin prophylaxis was performed continuously. XELOX-based palliative regimens provide an equally effective and comparably toxic therapeutic alternative to FOLFOX-4 if HFS prophylaxis is performed continuously. Since the oral administration of capecitabine is a more convenient method of application, it provides patients with a quality of life-preserving therapeutic alternative.

Palmar-plantar erythrodysesthesia, or hand-foot syndrome (HFS), is a common side-effect in patients receiving long-term 5-fluorouracil (5-FU) treatment and is the most frequently reported side effect of oral capecitabine therapy (≥50% of patients), often leading to the disruption of treatment (Fig. 1). Essentially two pathogenic mechanisms of HFS are discussed: The damage of deep capillaries in the soles of the feet and palms of the hands may lead to a COX inflammatory-type reaction. HFS may also be related to enzymes involved in the metabolism of capecitabine, such as thymidine phosphorylase and dihydropyrimidine dehydrogenase (1).

In gastrointestinal carcinomas, palliative combination treatments with 5-FU/oxaliplatin (FOLFOX-4) and capecitabine/oxaliplatin (XELOX) are commonly administered. These treatments may improve quality of life and prolong overall survival (2,3). Recent studies have shown an equal efficacy of the two regimens (4–6). However, dose-limiting toxicities are an important factor in treatment choice. FOLFOX-4 is often preferred to the more convenient oral capecitabine-based regimen XELOX due to the quality of life-limiting toxicity induced by the highly effective oral agent capecitabine, particularly HFS (7). Yet, patients developing clinical signs of HFS under administration of capecitabine show an improved overall survival (data provided by Hoffmann-La Roche AG). The administration of infusional FOLFOX-4 regimens can be inefficient, since it requires indwelling catheters, infusion supplies, nursing visits and a significantly higher rate of outpatient treatment contacts and hospitalization (8).

In this retrospective analysis, we compared toxicities according to NCI CTCAE 3.0 criteria in three groups of patients, who received either FOLFOX-4 or XELOX regimens under continuous skin prophylaxis.

A total of 54 adult patients (>18 years of age) with metastatic or unresectable gastrointestinal cancer were treated with standard combination therapy protocols. Patients with prior surgical intervention were excluded as well as patients with an Eastern Cooperative Oncology Group (ECOG) performance status >2. The patients received treatment over at least six months. Any toxicity during treatment was documented. Patients receiving capecitabine had access to skin prophylaxis, which was performed with a cream consisting of 10% urea, panthenol, bisabolol and vitamin A, C and E. Tumor entities per treatment group are shown in Table I.

The files of the patients matching the inclusion criteria were retrospectively analyzed. The outpatient clinic used a standardized visit protocol containing the relevant adverse events (AEs) graded according to CTCAE 3.0. Thus, AEs are routinely documented at each visit. All graded AEs that occurred during the therapy were transferred into an Excel sheet and analyzed by SPSS 15.0.

The Fisher test was used to compare the treatment groups in terms of significant differences in toxicities. A difference was considered significant when p=0.05.

In total, 54 patients with a stage IV gastrointestinal tumor according to UICC were enrolled in the present study. Of these, 41 patients had a colorectal; three, cholangiocellular; six, gastric and four, esophageal cancer (Table I). None of the patients had a preceding surgical therapy. Patients were either treated with XELOX-70, XELOX-130 or FOLFOX-4 (see Materials and methods). Patients received repeated courses of chemotherapy over a period of at least six months. The different groups were monitored for the occurrence of side effects during the whole period of treatment (>6 months); any toxicity that occurred was documented. Side effects were analysed according to CTCAE 3.0 (Table II) and their significance (Table III) was evaluated using the Fisher test (see Materials and methods).

Side effects and toxicities associated with XELOX-70, XELOX-130 and FOLFOX-4.

[i] The side effects in percentages observed using the mentioned chemotherapy regimens and their severity according to CTC are shown. HFS, hand-foot syndrome.

Comparison of side effects.

[i] Comparison of side effects among the used chemotherapy regimens XELOX-70, XELOX-130 and FOLFOX-4. Differences in the grade of toxicity were considered significant using the Fisher test when reaching a maximum p value of p<0.05. PPE, palmar-plantar erythrodysesthesia; n.e., not evaluable.

When comparing XELOX-70 with XELOX-130, no significant differences were observed besides a light nausea grade 1/2, which was more frequent in the XELOX-70 group (P=0.04).

No significant difference was observed among the different groups with regard to emesis, diarrhea, mucositis, exanthema, HFS, alopecia, loss of weight and the incidence of infections.

The ultimate aim of treatment regimens available for patients with advanced tumor diseases in a palliative setting is to attenuate the severity of tumor symptoms without compromising the quality of life immoderately. Therefore, the incidence and severity of side effects associated with different treatment options are the most important criteria for the choice of regimen offered to the patient, as side effects largely affect the patients’ convenience and compliance. The treatment protocols that were compared herein did not differ significantly in their tolerance in the majority of the analyzed items, with the exception of nausea (XELOX-70), fatigue (XELOX-130) and tumor pain (XELOX-70 and XELOX-130). In the study by Cassidy et al these three items did not differ significantly either. The safety data similarly suggest that the profile of adverse events of XELOX and FOLFOX-4 regimens are similar. However, differences in the frequencies at which they occurred were described. XELOX was associated with more grade 3 diarrhea, whereas FOLFOX-4 was associated with more grade 3/4 neutropenia (7).

However, the occurrence of HFS, which often leads to a discontinuation of treatment on the part of patients, showed no significant difference among the three presented groups. This observation is in contrast to larger clinical trials comparing the efficacy of FOLFOX-4 versus XELOX, and thereby also comparing the associated side effects, and may result from the HFS prophylaxis applied in the capecitabine group (9). The XELOX regimen was associated with a higher frequency and severity of diarrhea, thrombocytopenia and HFS, whereas FOLFOX-4 was associated with more grade 3/4 neutropenia. However, as it was shown that the efficacies of the different treatment regimens are equivalent in metastatic gastrointestinal tumors (9–14), the use of an oral chemotherapeutic regimen is certainly more comfortable for outpatients and thus certainly positively influences the compliance of patients.

In conclusion, the oral administration of capecitabine and the application schedule of XELOX is clearly more convenient than that of FOLFOX-4 and equally tolerable concerning HFS if a HFS prophylaxis is applied. 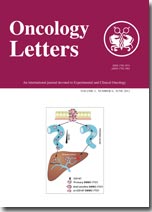