The association between insulin resistance (IR) and ovarian neoplasm is little known. The present study attempted to investigate the difference in clinicopathological characteristics, metabolic parameters, and IR prevalence between benign and malignant ovarian neoplasms. The cross‑sectional study involved 52 non‑diabetic women with benign (n=27) and malignant (n=25) diagnoses in a tertiary hospital in Indonesia. Fasting insulin level (FIL), homeostatic model assessment of IR and β‑cell dysfunction (HOMA‑IR and HOMA‑β), fasting IR index (FIRI), and quantitative insulin sensitivity check index (QUICKI) were used as surrogate markers to evaluate IR. Parametric and nonparametric statistical tests were employed to analyze the different parameters between the two groups. Pearson or Spearman's rank test assessed the correlation between markers and clinical variables. Results revealed that patients with benign neoplasms were younger than those with malignant neoplasms (38.63 vs. 47.40 years; P=0.003) and had a higher median body mass index (BMI) than their counterparts (22.98 vs. 18.61 kg/m2; P=0.014). Different characteristics between benign and malignant neoplasm cases were found in menopausal status, ovary side affected, systolic blood pressure, and BMI classes. Endometrial cysts and mucinous carcinoma were the most often diagnosed benign and malignant neoplasms. Malignant neoplasms had a lower median HOMA‑β score than benign neoplasms (49.33 vs. 75.79; P=0.011), indicating more severe β‑cell dysfunction. No significant difference was observed in the prevalence of IR between benign and malignant ovarian neoplasms for the following values of each marker: FIL (25.9% vs. 12.0%), HOMA‑IR (37.0% vs. 28.0%), FIRI (51.9% vs. 48.0%) and QUICKI (81.5% vs. 92.0%). The indicators of FIL, HOMA‑IR, HOMA‑β, FIRI, and QUICKI correlated with each other and confirmed the reliability of these surrogate markers for measuring IR status in ovarian neoplasms. In brief, benign ovarian neoplasms tended to have more IR when compared with malignant ovarian neoplasms. However, this difference was not statistically significant. 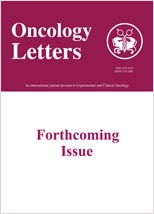