We investigated the clinicopathological features of 153 patients with renal cell carcinoma who underwent nephrectomy at our institute from April 1992 to August 2001 and evaluated the prognostic significance of various clinical and pathological factors. The prognostic factors were statistically analyzed by the log-rank and generalized Wilcoxon tests, and for the factors that were statistically significant by both analyses, multivariate analysis was conducted by stepwise regression in the Cox proportional hazard model. As a result, the overall 1-year, 3-year, 5-year and 10-year survival rates were 93.5%, 84.3%, 82.9% and 79.1%, respectively. In addition, multivariate analysis showed that regional lymph node metastasis, stage and histological type were independent prognostic factors for renal cell carcinoma. The number of renal cell carcinoma cases incidentally discovered during routine medical check-ups has increased in recent years, and in our study, such incidental tumors accounted for 65.3% of all cases. The 5-year survival rate of incidental tumors was 87.4% as compared to that of non-incidental tumors at 70.1%, and prognosis of incidental tumors was significantly more favorable. However, even in such cases, a favorable prognosis is not necessarily guaranteed according to the presence of regional lymph node metastasis, stage and histological type. Therefore, we conclude that even in incidental tumors, if the patient has unfavorable prognostic factors, post-operative adjuvant therapy should be considered. 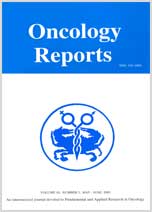