Macrophage infiltration and its prognostic implications in breast cancer: The relationship with VEGF expression and microvessel density

Stromal cells, within and around the tumor, as well as tumor cells are both involved in angiogenesis which is an important step in tumor growth and metastasis. Among such stromal cells, macrophages are known to play various roles in tumor angiogenesis and have thus been called tumor-associated macrophages (TAMs). The TAM density, vascular endothelial growth factor (VEGF) expression and the microvessel density (MVD) were immunohistochemically evaluated in 249 paraffin-embedded sections of invasive ductal carcinoma of the breast. The TAM density and MVD were assessed as the average density of three hot spots at a magnification of x400 and x200, respectively. The TAM density showed a significant correlation with both the VEGF expression and MVD, while a significant correlation was also found between the VEGF expression and MVD. The TAM density was also associated with the nuclear grade, estrogen receptor status and MIB-1 count. Patients with a high TAM density had a significantly (p=0.0025) worse disease-free survival (DFS) prognosis than those with a low TAM density, while univariate analyses also indicated both the MVD (p<0.0001) and VEGF expression (p=0.0152) to be prognostic factors for DFS. A multivariate analysis indicated MVD (p=0.0057), as well as lymph node metastasis and the MIB-1 count, to be independently significant prognostic factors for DFS. In conclusion, the present study demonstrated a close association between TAM infiltration and both the VEGF expression and MVD. The prognostic significance of MVD was the strongest among these three factors in breast cancer. These findings suggested that the prognostic implications of TAM infiltration are due to the involvement of TAMs in tumor angiogenesis. 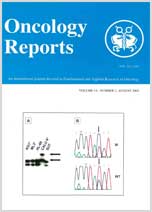