Accumulating evidence has demonstrated that T-cell lymphoma invasion and metastasis 1 (Tiam1) plays an important role in the occurrence and development of several different tumors; however, to date, little research has been done to verify the potential role of Tiam1 as a prognostic marker for esophageal squamous cell carcinoma (ESCC). In the present study, we examined the expression of Tiam1 in ESCC tissues by immunohistochemistry, in situ hybridization, semi-quantitative RT-PCR and Western blotting methods and investigated the correlation between Tiam1 levels and prognosis of patients with ESCC. Tiam1 exhibited high expression in ESCC tissues, whereas the normal esophageal tissues showed negative or weak Tiam1 expression. Additionally, Tiam1 mRNA and protein expression levels were both significantly correlated with histology grade, clinical staging and lymph node metastasis (all P<0.05), but not related to age and gender (both P>0.05). Further, ESCC patients with strong Tiam1 mRNA (P=0.000) and protein (P=0.000) expression had a poorer prognosis than those with weak expression. These findings demonstrate that Tiam1 may be used as molecular marker for predicting the prognosis of patients with ESCC. 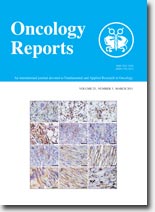