Methotrexate (MTX) has been widely used for rheumatoid arthritis therapy for a long time. MTX is also used as an anticancer drug for various tumors. However, many studies have shown that high-dose MTX treatment for cancer therapy may cause liver and renal damage. Alhough the mechanisms involved in MTX-induced liver and renal damage require further research, many studies have indicated that MTX-induced cytotoxicity is associated with increases in oxidative stress and caspase activation. In order to reduce MTX-induced side-effects and increase anticancer efficiency, currently, combination treatments of low-dose MTX and other anticancer drugs are considered and applied for various tumor treatments. The present study showed that MTX induces increases in H2O2 levels and caspase-9/-3 activation leading to cell death in hepatocellular carcinoma Hep3B cells. Importantly, this study is the first to demonstrate that vitamin C can efficiently aid low-dose MTX in inducing cell death in Hep3B cells. Therefore, the present study provides a possible powerful therapeutic method for tumors using a combined treatment of vitamin C and low-dose MTX.

Methotrexate (MTX) is one of the most popular and safe antirheumatic drugs under the applied treatment dose (1,2). In order to obtain a better curative effect in clinical cases, MTX is also used in combination with other drugs for rheumatoid arthritis treatment (1,3,4). In addition, MTX is also used as an anticancer drug (5). Recently, MTX has been widely applied for the treatment of various cancers, such as hepatoma, osteosarcoma, leukemia, lymphoma, gastric, breast, head and neck cancers (5–9). Many studies have demonstrated that MTX induces cancer cell death via apoptotic death pathways (10–14). Apoptotic death pathways can be divided into caspase-dependent and caspase-independent cascades (15,16). Concerning the MTX-induced apoptotic pathways, most studies have shown that MTX induces apoptosis via caspase-dependent cascades in many cancer cell lines (17–21). However, some studies have indicated that MTX can induce apoptosis via caspase-independent cascades in osteosarcoma cells (22,23). The present study found that MTX-induced apoptosis in Hep3B cells is via the caspase-dependent cascade, similar to most other studies (17–21).

Previously, many studies have shown that high-dose MTX treatment can induce increased oxidative stress, resulting in renal and liver damage (3,35–37). However, the specific reactive oxygen species (ROS) induced by MTX treatment have not been identified. O2− and H2O2 are ROS families generally existing in many cells. By using the lucigenin-amplified method (38–40), our results are the first to demonstrate that MTX can induce increases in H2O2 levels, but not O2− levels.

Considering that high-dose MTX treatments can cause renal and liver damage (35–37), combination treatments of low-dose MTX and other anticancer drugs are suggested and applied during clinical cancer therapy in order to enhance the anticancer effects and decrease MTX-induced side-effects (9,10,12,18,41). However, not all anticancer agents can enhance the anticancer effects of low-dose MTX. A recent study showed that aspirin can antagonize the MTX-induced cytotoxic effect on lung cancer cells (42). Alternatively, there have been many reports on the antioxidant activities of vitamin C (43–47). Moreover, some studies have demonstrated that vitamin C can exert anticancer activities in various cancer cells (48–52). The present study demonstrated that vitamin C can diminish MTX-induced increases in H2O2 levels. On the other hand, it is worth noting that vitamin C can help low-dose MTX exert a cytotoxic effect on Hep3B cells. Taken together, the study demonstrated that MTX activates the caspase-9/-3 cascade and induces increased H2O2 levels, causing cell cytotoxicity in Hep3B cells, while more importantly, the present study is the first to demonstrate that vitamin C enhances the anticancer efficiency in MTX-treated Hep3 cells.

Hep3B cell viability was assessed using the MTT assay method according to the manufacturer’s instructions. In brief, Hep3B cells were maintained in each well of 96-well culture plates. Every 24 h, the control group and experimental groups were subjected to the MTT assay kit. After 3 h of incubation, absorbance at 570 nm for each well containing Hep3B cells was detected under a multi-well ELISA reader (Molecular Devices). Cell viability was calculated using the following formula: A570 experimental group/A570 control group × 100%.

Determination of H2O2 and O2− levels

The study investigated whether MTX induces apoptosis in Hep3B cells. Cell morphology was observed under a phase-contrast microscope. Hep3B cells survived with morphology intact in the control group (Fig. 2A). However, dead cells were noted in the MTX treatment group (Fig. 2B). In addition, nuclear condensation and DNA fragmentation are apoptotic features and can be observed using a nuclear staining method, as previously described (55,60). Compared with the control group (Fig. 2C), nuclear condensation and DNA fragmentation were noted in the MTX-treated group (Fig. 2D). The results indicate that MTX induced apoptosis in the Hep3B cells. Next, caspase activation was determined in the MTX-treated Hep3B cells by using a substrate cleavage assay (56,61). As shown in Fig. 3A, caspase-3 activity increased in the Hep3B cells at 96 h following treatment with 0.1 and 10 μM MTX while caspase-3 activity did not increase in Hep3B cells following treatment with 0.01 μM MTX. Caspase-9 activity also increased in the 0.1 and 10 μM MTX-treated Hep3B cells at 96 h but did not increase in the 0.01 μM MTX-treated cells (Fig. 3C). However, there was no obvious increase in caspase-8 activity among the MTX-treated Hep3B cells (Fig. 3B). These results suggest that MTX (10 and 0.1 μM) induced apoptosis in the Hep3B cells via the caspase-9/-3 cascade but not via the caspase-8/-3 cascade.

Previous reports have revealed that MTX-induced cytotoxicity is related to increased reactive oxygen species (ROS) (35–37). However, no study has shown which ROS are induced following MTX treatment. In the present study, two types of ROS, O2− and H2O2, were measured. H2O2 levels in MTX-treated cells rose significantly while O2− levels did not. In addition, it is well known that glutathione can convert toxic H2O2 into non-toxic H2O. We suggest that the increase in H2O2 levels is a possible and important reason why N-acetyl cysteine (NAC), a clinical drug for glutathione synthesis, is used for MTX-induced cell damage (35,38,39,62). On the other hand, high-dose MTX-induced H2O2 level increases were higher than low-dose MTX-induced H2O2 level increases (Fig. 4B). Our data also showed that MTX induced cytotoxicity in a dose-dependent manner (Fig. 1). Taken together, we consider increases in the H2O2 level to be one factor resulting in the inhibition of cell survival following MTX treatment.

MTX has anticancer effects on various hepatoma cell lines, including HepG2, MHCC97, Huh7 and Morris 5123 cells (6,63–67). Alhough the mechanisms involved in the MTX-induced cytotoxic effects on different hepatoma cells remain undetermined, a previous study demonstrated that MTX-induced cytotoxic effects on HepG2 cells are related to the CD95 death receptor pathway (caspase-8/-3 cascade pathway), whereas MTX-induced cytotoxic effects on Huh7 and Hep3B cells are not related to death receptor pathways (65). Similarly, the caspase-8/-3 cascade pathway was also found not to be involved in MTX-treated Hep3B cells in the present study (Fig. 3B). This study further demonstrated that MTX-induced apoptosis in Hep3B cells occurred through the caspase-9/-3 cascade pathway (Fig. 3A and C). These previous studies indicate that MTX induces different caspase pathways in different hepatoma cell lines. HepG2 is a p53 wild-type hepatoma cell line, while Hep3B is a p53-deficient hepatoma cell line (68,69). Thus, we suggest that p53 may be a possible reason for why the caspase-8/-3 pathway was activated in the MTX-treated HepG2 cells, while the caspase-9/-3 pathway was activated in the MTX-treated Hep3B cells.

Previous studies have demonstrated that MTX-induced cell cytotoxicity is associated with increases in reactive oxygen species (ROS) (35–37). The present study also indicated that MTX-induced H2O2 level increases may be one factor resulting in cell growth inhibition. On the other hand, vitamin C can reduce oxidative stress against ROS-induced cell damage (43–47). Here, we also demonstrated that vitamin C did reduce MTX-induced increases in H2O2 levels. However, vitamin C did not inhibit MTX-induced cell cytotoxicity in Hep3B cells. On the contrary, vitamin C assisted low-dose MTX to exhibit a strong cytotoxic effect in Hep3B cells. Similarly, recent studies also indicated that vitamin C can enhance anticancer agents to exert a strong cytotoxic effect on cancer cells, although the mechanisms remain unknown (48,70–72). Thus, MTX-induced increases in H2O2 levels may be one of the factors resulting in cytotoxicity noted in MTX-treated Hep3B cells. There are various unclear MTX-induced death signals that remain to be studied. Regardless, a combination treatment of vitamin C and low-dose MTX may be a potential method for hepatoma cancer therapy.

Overall, the present study first demonstrated that MTX induces an increase in H2O2 levels and activates the caspase-9/-3 cascade pathway to cause apoptosis in Hep3B cells. Importantly, a combination treatment of vitamin C and low-dose MTX exerted a strong anticancer effect in Hep3B cells. This treatment method may be useful for future clinical cancer therapy. 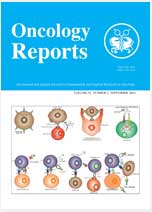